Reading this book and getting to know the main character of Cesar Castillo in The Mambo Kings Play Songs of Love was both a joy and a sadness. This is a man with a great lust for life, dancing and drinking and eating and womanizing…….and with a talent for making decisions based on instinct and as oftentimes as not, ending up in worse circumstances.

The trajectory of Cesar’s life is told in this book. He is a musician who comes from Cuba with his younger brother Nestor, both of them determined to make a name for themselves in the musical world of mambo in 1950s New York City. Nestor is a dreamer, sensitive and still in love with Maria back in Cuba, for whom he writes the song that will launch he and his brother into a semblance of success, “Beautiful Maria of My Soul.” While the title references both brothers, however, the book is truly Cesar’s tale of joy, woe, happiness, pain, and ultimately, calm satisfaction with his life. It really is the story of any man, of Everyman. 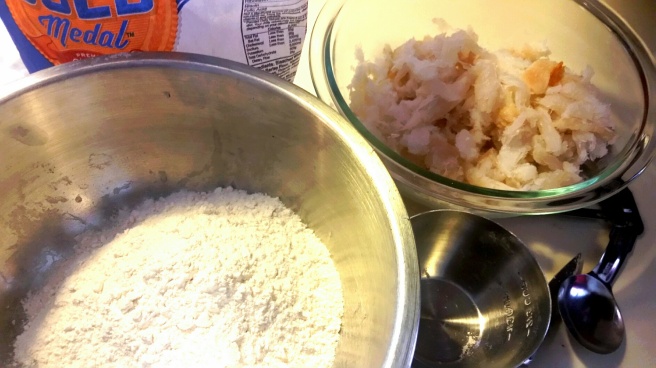 Cesar is bigger than life, with appetites to match. He is the businessman, the driving force of the two brothers, yet – spoiler alert – when Nestor dies, a part of Cesar goes with him……..which all of us who have loved and lost someone can well relate to. There were times, though, when his life went from bad to worse, when his boozing and whoring made him into such a sad pathetic jerk, that I threw the book down in disgust. But I picked it up and continued reading, because his character is so fascinating, so resilient and ultimately, so filled with the joy of life.

There’s a sense of wonder in this book that conveys Cesar’s mindset so well. You can understand why he continues to make the same mistakes over and over, yet still find something new and precious in his life. He is such a strong, tough, macho man, sensual, able to turn the world a bit on its axis toward him, and yet has those colossal weaknesses that bring him back down to earth. 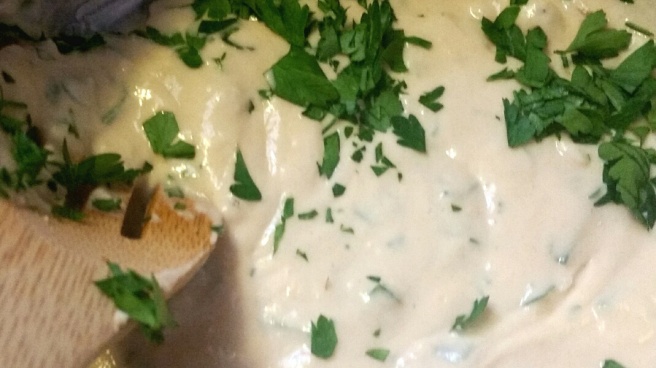 One passage in particular stood out to me. It’s just after they have appeared on the I Love Lucy show with Desi Arnaz, who becomes somewhat of a patron to them, and their Irish neighbor Mrs. Shannon comes to congratulate them and to goggle at Cesar, for whom she has a huge crush.

“She followed Cesar down the hallway…..through the kitchen into the dining room: they had a long table still set with platters of bacalao – codfish cooked with garlic – black beans, rice, a huge salad, pork chops and steaks from the plant, and a big bowl of yuca.” 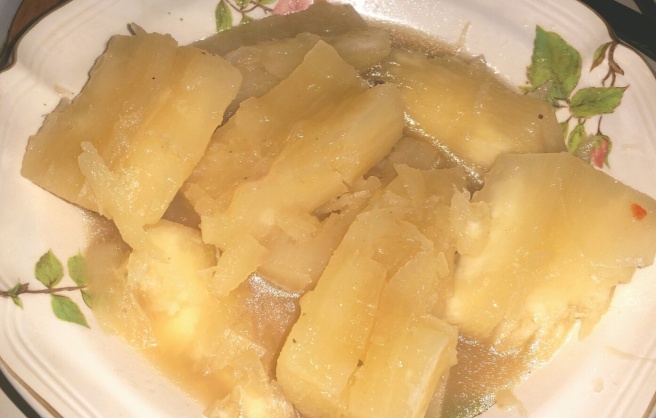 Yuca, a quintessential Cuban food, is also one of the simplest and tastiest things to cook. It’s a root vegetable, kind of like a potato or turnip but with more flavor. I cooked them still frozen, in chicken broth mixed with lemon juice and a chicken broth cube, about 30 minutes, to thaw, then added some olive oil and simmered on low another half hour to cook through. They do have a woody center that’s inedible so take that out before you eat. The pan juices, reduced, make a lovely sauce. Add salt if needed. The Cuban-style black beans were easy – I cheated and used canned black beans, and mixed them with gently sauteed onion, garlic, green pepper, salt and cider vinegar, mashing them to thicken. 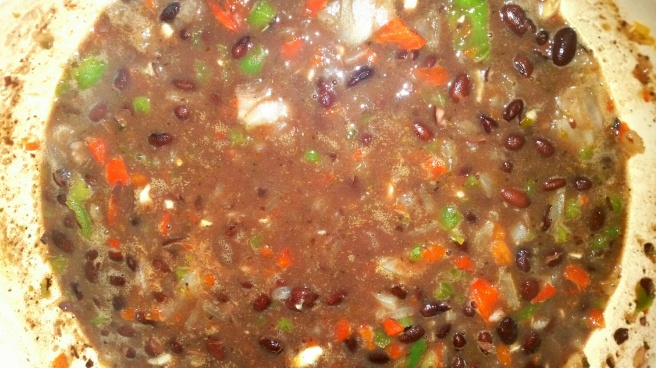 However, it was the bacalao that was the star of the show, based on this great recipe from La Cocina de Nathan. This is the method that worked for me.

2 eggs
2 cups of all-purpose flour
2 teaspoons of baking soda
Handful of fresh parsley, roughly chopped
6-7 cloves of garlic, either mashed into a paste or as finely grated as possible

METHOD
Soak your bacalao overnight, changing the water every 2-3 hours. This is to drain the salt and also reconstitute the fish, kind of like what you do with dried porcini. Refrigerate the rinsed, drained and desalted cod until ready to use.

Let bacalao come to room temperature. Peel the fish meat off the skin, taking out all the bones and scales. Flake with your hands, though initially you may need to use a sharp knife until the meat begins to break down. 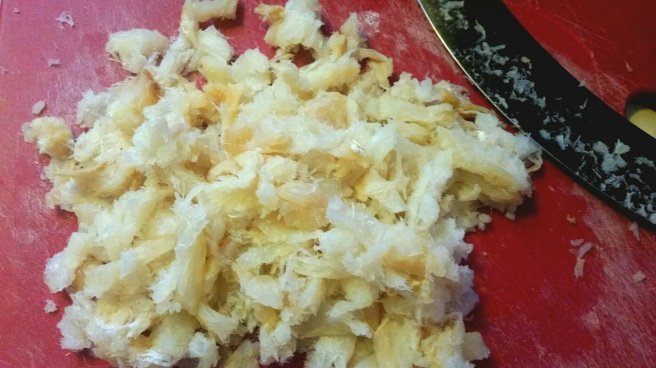 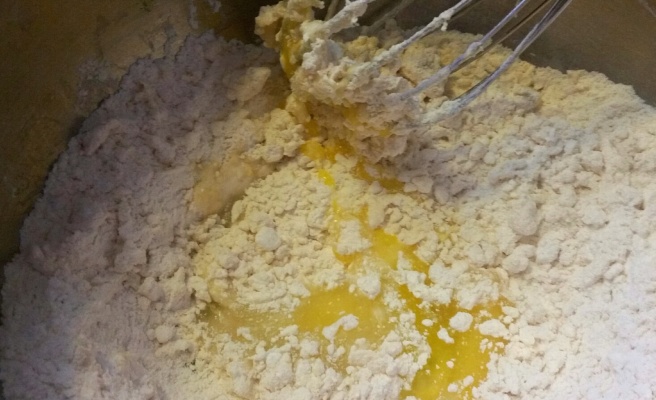 Start gradually incorporating the water, until you have a thick, batterlike consistency. Add the chopped parsley and the mashed garlic and mix again. 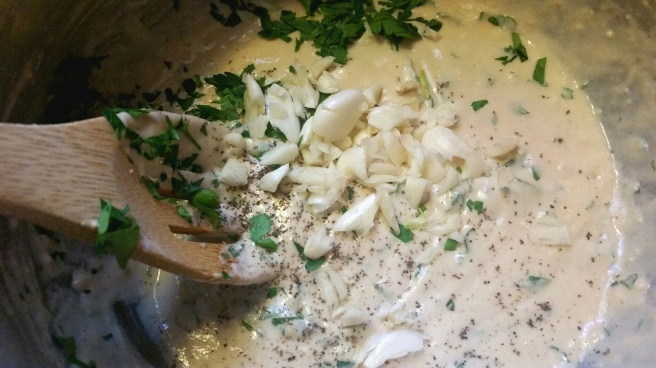 Then add your bacalao pieces, and stir well to mix. Cover and refrigerate for 1-2 hours. Ideally you should refrigerate overnight. But in this case, hell no. I was hungry!

Heat grapeseed oil in a large pan. When smoking hot, drop in spoonfuls of the bacalao batter. Don’t crowd the pan, as too many cooking at once will drop the oil temperature, which is what makes fried food greasy. 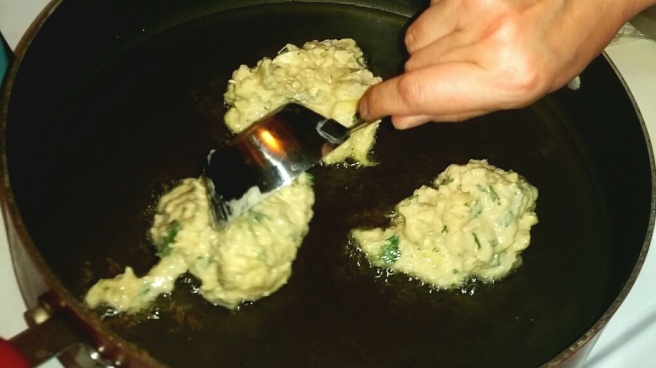 Cook 3-4 minutes per side, or until golden brown. Remove to a paper towel to drain.

Serve beautifully with the black beans and the garlic-flavored yuca, and of course, some wine.

“In the name of the mambo, and the rumba, and the cha-cha-cha.”