If you’ve followed my blog long enough, you’ll be familiar with my great disdain for “chick lit,” not because I think literature by women for women is bad but because so much of it is terribly written, horribly edited, dumbed down, and the topic of true love is often written about in such a sappy-ass manner, or it’s totally clichéd. I can’t stand clichés, in literature or in life. However, I would deem Cinnamon and Gunpowder as a type of “chick lit” except it was written by a man. So if you can imagine a clichéd story about a female pirate on the high seas who kidnaps a male chef and makes him cook a gourmet meal for her once a week as a way to earn his freedom, I’d say, yes it has the makings of a cheesy-ass Harlequin romance novel.

But I’d be wrong. This book is so wonderfully and well-written, so descriptive of life at sea, and written with such dry wit, and best of all, it takes what could be considered a boring literary trope – a pirate kidnapping someone and taking them on the high seas on a quest – and turns it into a feminist manifesto of a sort. And you gotta love a good female pirate, right? There are actually some female pirates in history – Grace O’Malley being the one that comes immediately to mind.

Mad Hannah Mabbott – and seriously, how could she be anything but a pirate with a moniker like that? – is the captain of The Flying Rose, and committed to righting the wrongs done by Lord Ramsey and his British colonial Pendleton Trading Company. Owen Wedgwood is chef to Lord Ramsey and in the process of serving a delectable gourmet meal to Ramsey and his assorted, equally aristocratic and horrible British guests, Hannah swoops in with her motley crew, kills the men, and kidnaps Owen. Owen is taken to sea initially as a lark and to cook for Hannah, who tells him he must cook her a gourmet meal once a week. The fact that he has limited foodstuffs, nearly no equipment and must cook on a swaying sea vessel has little effect on her. I think I would lose my damn mind if I were taken hostage on a pirate ship and told to cook with next to nothing, but if the pirate captain was tall, dark and handsome and I had to cook for him, I suppose I could force myself to make the effort. 🙂

As you can no doubt guess, eventually Owen falls under the sway of Hannah’s magic, not because she is trying to entice him sexually, as you’d likely find in a chick-lit book, but because she is truly a strong woman who has grown up in a whorehouse and been sold to many  men before she gains her own independence on the high seas, because she is kind and caring in her own tough way, and because she is the mother to The Fox, another pirate who is fairly insane in his own way and her mothering instincts are what finally break down Owen’s defenses. Owen resists until nearly the end, making three ill-advised attempts to escape the ship, each funnier than the next, until one such evening he serves her his latest concoction, he notices her beauty and the fact that she is a bit curvier than usual due to his culinary skills, and realizes he is a goner. 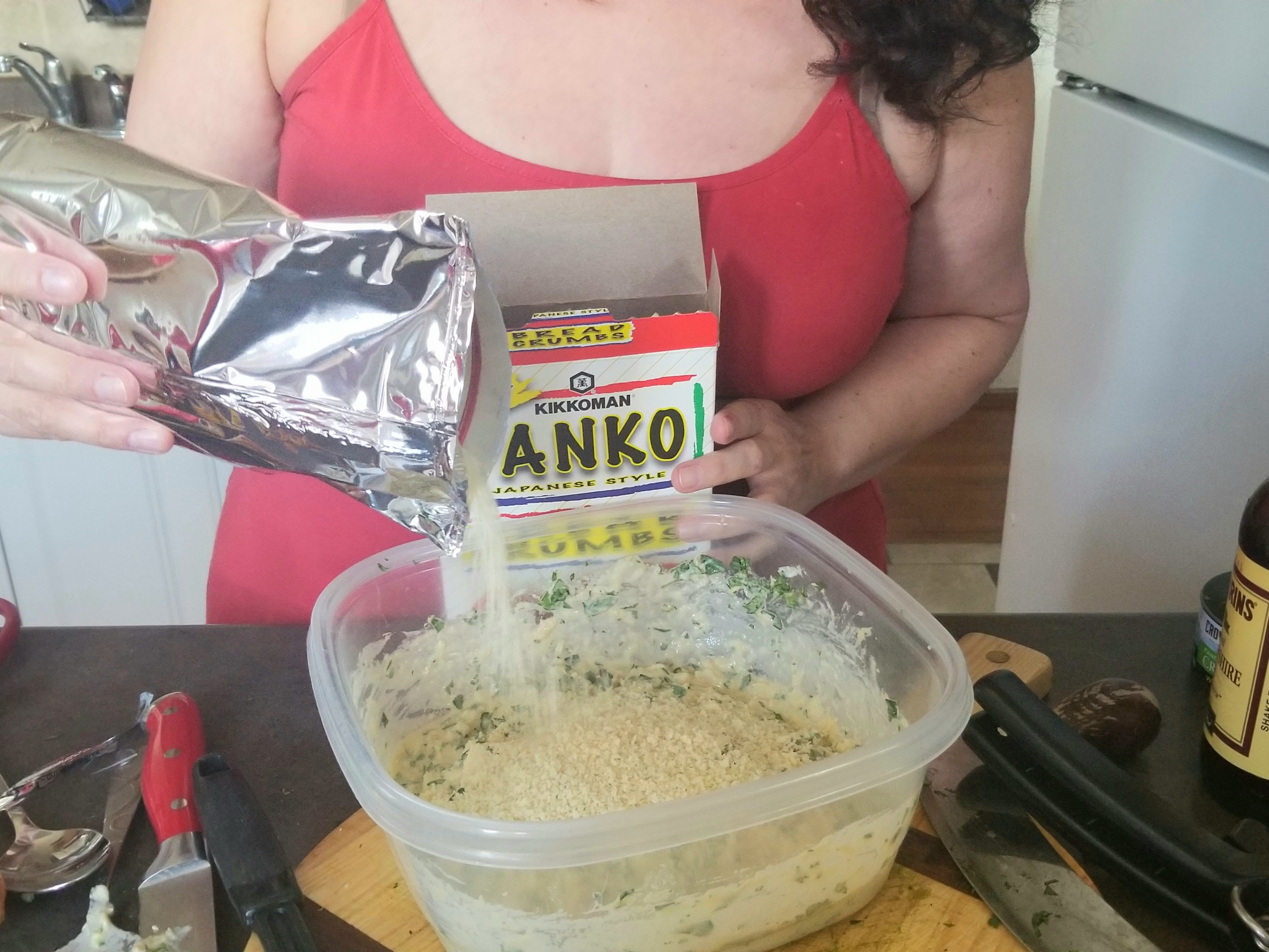 Being a foodie, reading the descriptions of Owen’s attempts to cook gourmet meals on a ship with few ingredients was delightful! Owen nourishes a homemade yeast starter by keeping it next to his heart and feeds it with varying liquids to keep it active. He smokes eels in tea, is able to make a herring pâté, creates vanilla-scented amaretto cookies, brews his own banana ale, rolls out homemade ravioli, braises pigeon, attempts a delectable-sounding chocolate mole flavored with soy sauce, and my own personal favorite, concocts potato-crusted crab cakes, the description of which made my mouth water. 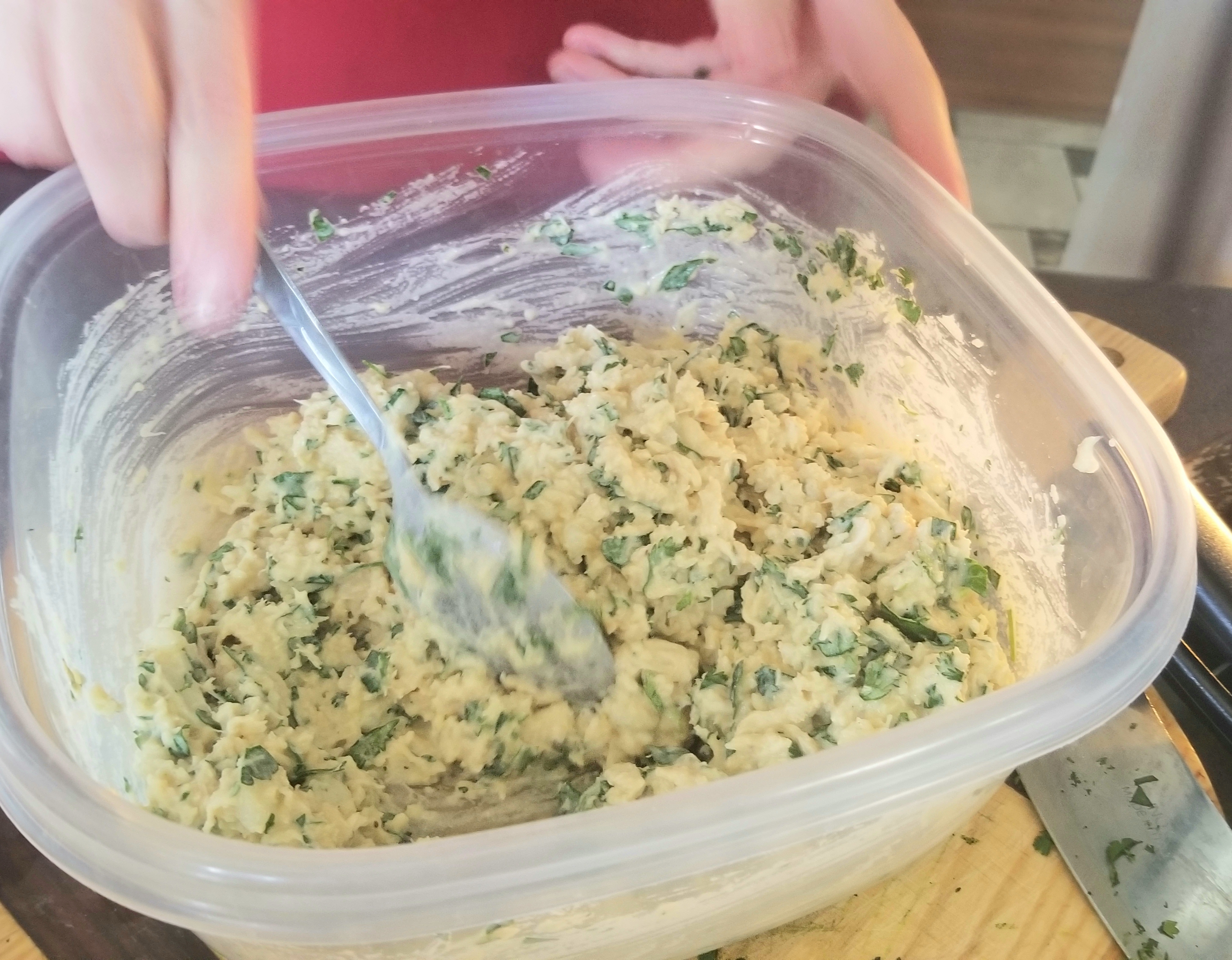 The last of the potatoes went into the crab croquettes. After grating and salting the tubers, I squeezed out as much water as I could and put the liquid aside to settle out. In half an hour, the starch had precipitated. I poured off the water and stirred the starch back into the potatoes (such are the humble measures of an eggless world) along with the virginal crab meat, black pepper, and dried cilantro, and set them aside for frying. 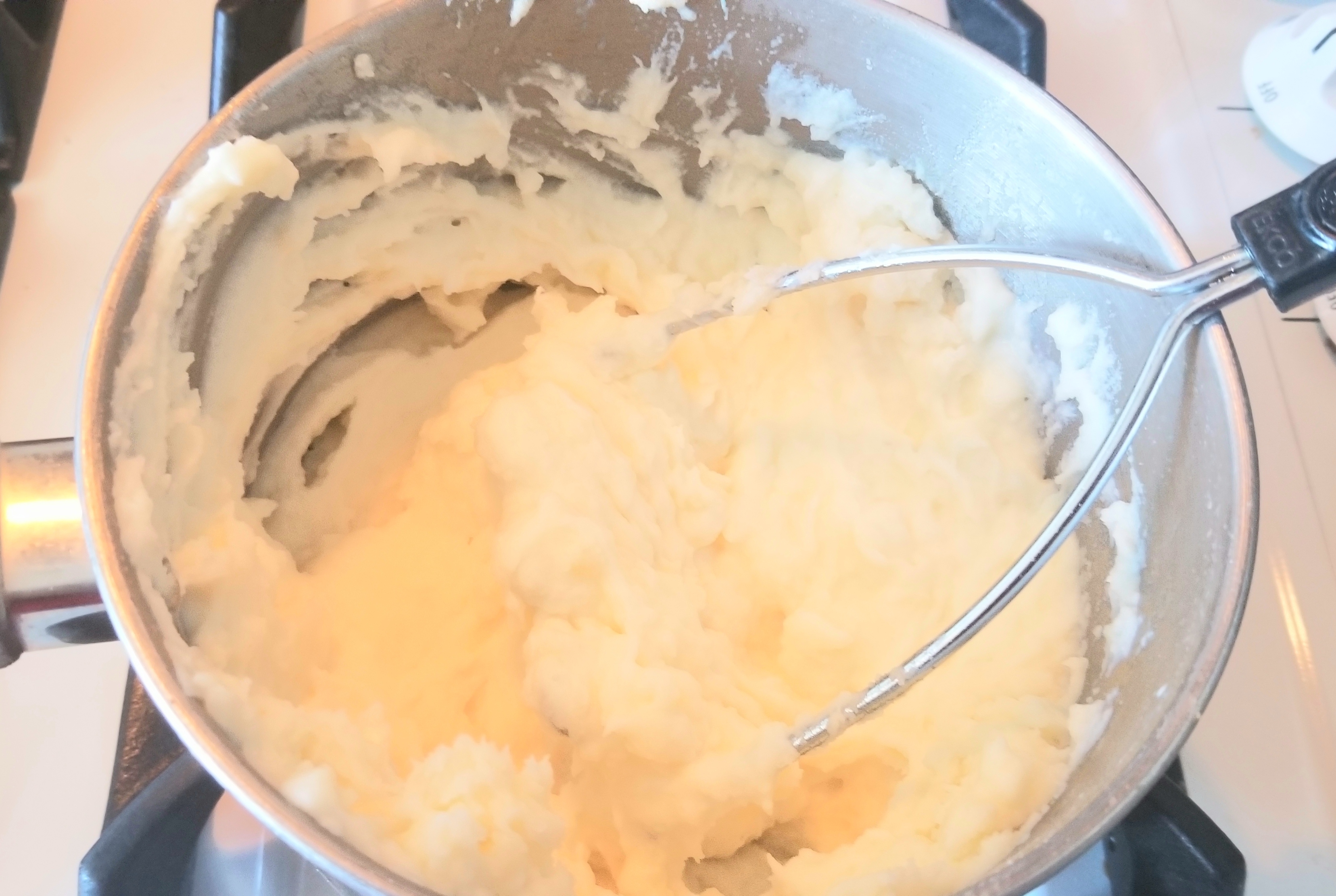 Luckily for me, I don’t live in an eggless world, so making potato crab cakes was for me, a walk in the park.

Gently mix in the crab meat and the mashed potatoes and form small cakes with your hands, then cover and refrigerate for at least two hours.

Preheat the oven to 450F and line a baking tray with parchment paper. Dredge each cake in breadcrumbs and dab the top of each crab cake with a small bit of butter before placing on the baking tray.

Bake for 17 minutes or until light golden brown, and the smell of the crab and butter tortures you.

Serve with a wasabi-lemon mayonnaise and dive in! So delicious, rich yet light, with the hint of the far-off sea and the zest of lemon. Wonderful! I feel certain I would not be drawn and quartered by a pirate queen for these.

The latest episode of my podcast “Cooking the Books” just dropped and it’s a good one! We’re talking literature’s most charming and horrendous psychiatrist and his fetish for organ meat, discussing the book – and film – that made him a household name, and I share a great method for chicken-liver crostini, so give it a listen at:

I am also on Spotify so check me out there!

Hi to all my readers! I hope you are all staying as well and safe – and sane! – during these ongoing crazy times. I hope you’re washing your hands, maintaining social distancing and wearing a mask in public for your own health and safety, as well as that of others.

I am taking a short hiatus from the blog as I am in the process of packing and moving! And when you have as many books and as much kitchen equipment and gadgets and dishes as I do, it’s a full-time job. 🙂  Anyway, there will likely be sporadic new posts, possible re-posts of earlier blog posts, and even a new episode of my podcast Cooking the Books so please keep an eye out this month and next. Once I am settled, I will have a sexy, spanking-new kitchen from which I will keep sharing all the good foodie book posts you’ve come to expect from yours truly. So stay tuned for new content and updates.

The Beauty Of Thoughts
Portly Gourmet