It’s the end of an era. Or at least, the official end of the Star Wars films. I haven’t actually seen the last film, but I have an idea of how it ends. Don’t spoil it for me in the comments! That being said, part of what I did to prepare for this end game was to watch the original trilogy over the weekend. I’d forgotten I had it and it was such a great trip down memory lane. I still remember seeing Star Wars: A New Hope for the very first time as a kid at the Lensic Theater in Santa Fe. I was blown away, as I think every impressionable kid and teenager was at the time.

It’s definitely a cultural icon, if you think about it. How many movie lines can you quote? I can probably quote all three of the original trilogy, so don’t watch with me if that irritates you. How many references to the film are part of our society? Endless references, I imagine, my favorite being when Ross fantasizes about Rachel in a Princess Leia costume on Friends. Can you imagine a world without Darth Vader’s ominous breathing, Luke Skywalker’s youthful naivete, Princess Leia’s iconic cinnamon-bun hairdo, Chewbacca’s growly yells, Han Solo’s swaggering arrogance, C3P0’s pedantic words, and of course, the great Obi-Wan Kenobi? I certainly can’t.

Obi-Wan might be my favorite character in all the Star Wars films, besides R2-D2. There is just something about the classic archetype of the mentor figure that draws me. Characters like Gandalf the Grey, Professor Albus Dumbledore, Merlin the Wizard, and of course Obi-Wan, are so fascinating. The magician/wizard/mentor who guides the young knight in his quest to find the treasure is a classic trope in every culture. 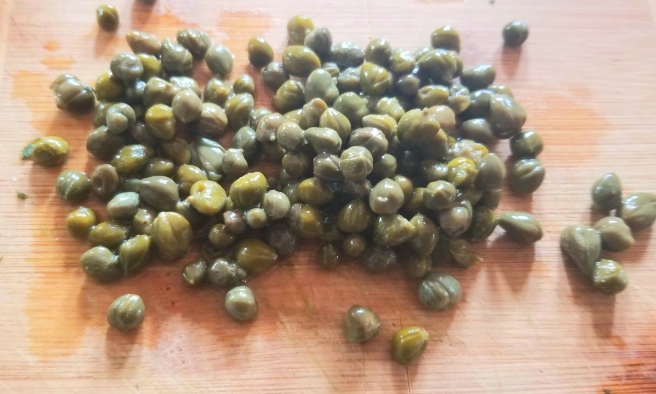 Having studied the Tarot for many years now, I also found wonderful parallels between Obi-Wan and the figure of the Magician in the Major Arcana. The Magician is symbolic of both earth and heaven, or the joining of the esoteric with the widely known, the shadow with the light. If Star Wars were a deck of Tarot cards, Obi-Wan would be the perfect embodiment of the Magician, being completely at one with The Force and at the same time, tied strongly to his physical life, demonstrated by the fact that he chooses to go into hiding until such time as he can play a role in the events of Luke’s life. I suppose the combination of the earthly and the divine attract me because, if you think about it, we as humans are all that combination of faulty humanity constantly struggling toward divine oneness with the Universe. 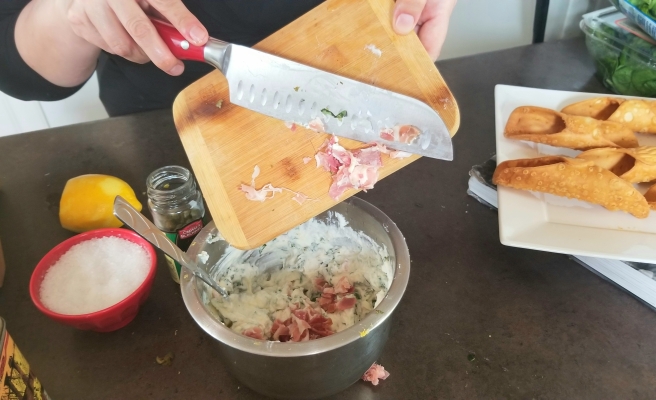 Also, he has what, IMHO, is one of the most rad lines in the film series:

The symbolism is also pretty interesting, too. Light versus dark, black versus white, The Force versus The Dark Side, the son overtaking the father……you see a lot of traditional Judeo-Christian imagery in the trilogy. If you want to stretch the analogy even further, you could argue that Obi-Wan, Darth Vader and Luke Skywalker represent the Holy Trinity – Darth is the Father, Luke is the Son, and Obi-Wan is the Holy Spirit. There’s the whole story arc of rebirth and redemption, which is about as symbolic as you can get. 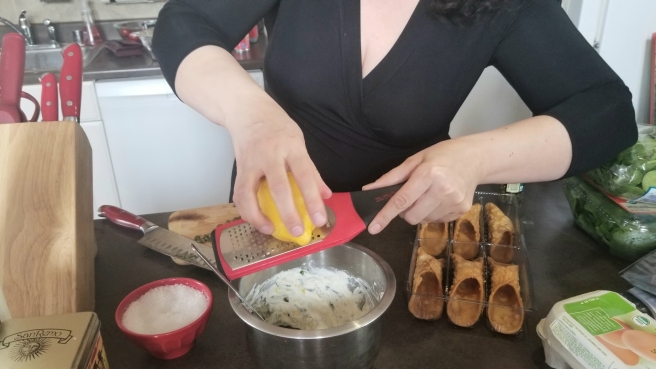 I thought about what kind of food might be both fun and tasty to recreate for this latest Food in Films post. I considered blue Banta milkshakes; frog legs from the scene where Jabba the Hutt eats the frogs in the third film; Cornish game hens to stand in for the cute little Porg creatures; or even some kind of floaty fruit like what Anakin manipulates to try and impress Padmé in the Clone film, but being the dork that I am and loving a good food pun, I give you……..wait for it…………Obi-Wan Cannoli. You’re welcome. 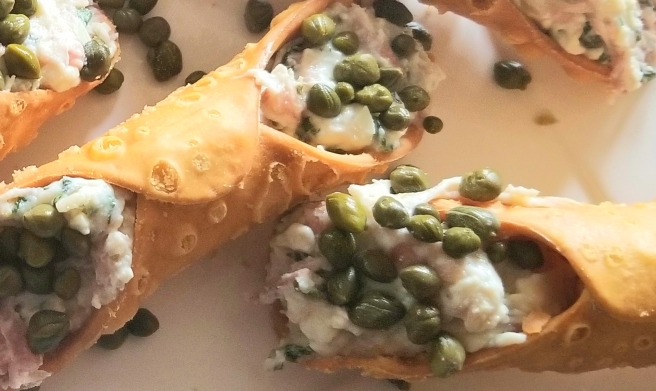 METHOD
Mix the finely chopped prosciutto with the Ricotta cheese until well combined. 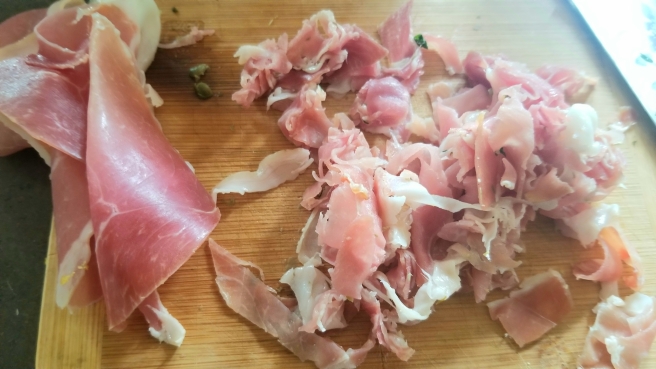 Add in the lemon zest and some sea salt, taste for seasoning and mix.

Add in the Parmesan cheese and the mint and basil, and taste again. Adjust the seasoning as needed.

Spoon the cheese mixture into a large plastic bag and refrigerate for an hour. 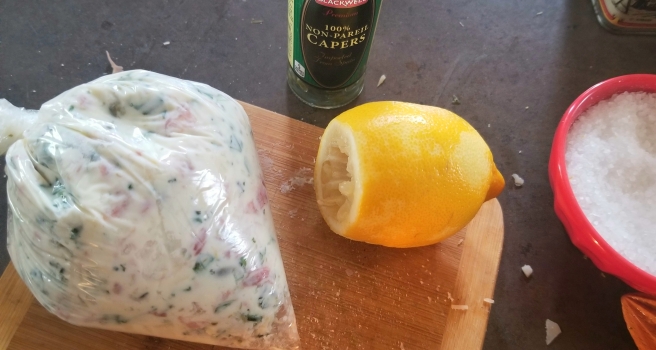 Assemble your cannoli on a large platter.

Snip a small hole in one corner of the plastic bag and squeeze the cheese filling into each end of each cannoli shell until each is filled, then garnish the ends with the chopped capers. Serve with marinara sauce for dipping and some good red wine, and know that The Force will be with you…….always.