Another fun book about family dysfunction! Woo hoo! Shirley Jackson was introduced into my life many years ago when I discovered The Haunting of Hill House, which is in my top 10 favorite books of all time and also which I blogged about awhile back – here’s the link if you’re interested. We Have Always Lived in the Castle is sort of the inverse of Hill House. Where that book was about the effect of the house upon its inhabitants, this book cleverly flips that premise and instead is about how the inhabitants itself turn the house into the place that is itself haunted.

The two main characters, Merricat (Mary Katherine) and Constance, are sisters and the last remaining members – along with invalid Uncle Julian – of their family, all of whom perished when someone put poison in their sugar bowl, which was then sprinkled over their breakfasts. Mother, father, siblings and aunt all died, Uncle Julian was left crippled and somewhat mentally infirm, Merricat had been sent to her room, and Constance didn’t ever eat sugar. 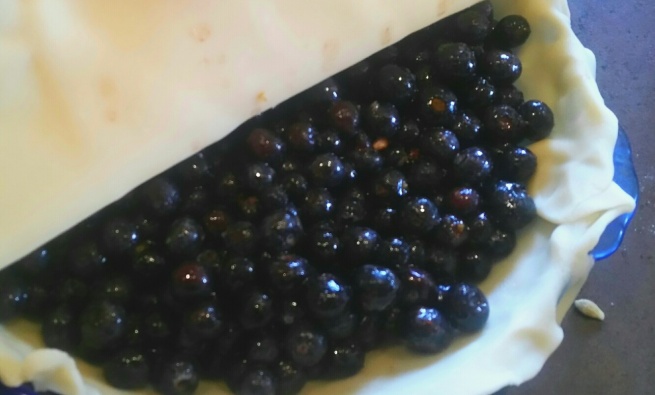 Constance is seen by the townsfolk as the murderer, and consequently, stays at home caring for Uncle Julian, cleaning, and cooking. Merricat wanders the property, does the grocery shopping in town to the insults and taunts of the village boys and men, collects poisonous mushrooms, and nurtures a secret loathing of everyone except her beloved sister. Her bizarre rituals of nailing books to trees, hiding silver dollars, and obsessively coming up with “safe” words that will continue to keep their little world secure, can only last for so long. When the inevitable conflict comes into their lives in the form of cousin Charles Blackwood, who arrives to see if there is any family inheritance to be had and begins a quasi-courtship of Constance, it’s the match that ignites – literally and figuratively – their lives.

The question of who the murderer is isn’t hard to figure out, and that’s not the point of this twisted tale of psychological instability, co-dependency, and just sheer eerie creepy-ass weirdness. At one point, I actually wondered if Merricat was a ghost , due to the fact that Uncle Julian never interacts with her and at one point, refers to her as being dead. It started me wondering if Shirley Jackson was screwing with me even more than she did in Hill House. Merricat’s character is very much like Eleanor in Hill House – unreliable narrator, makes the unusual and weird somewhat normal, and even in her psychosis, she is somewhat sympathetic. And then, this little tidbit I picked up on – the similarities of the names Merricat and Merrigot! Holy shit! Merricat is the main character in this book and Merrigot is the name of the spirit haunting the Ouija board inside Hill House!! Coincidence?

Toward the end, after all the horror and chaos, when the sisters have retreated back into their home – their castle – and the townspeople begin to tentatively make amends and gestures of reconciliation, one of the townsmen who had previously made no secret of his loathing of the family, quietly knocks on the door and leaves them food.

It was not quite dark outside, but inside where we stood we could only see one other dimly, two white faces against the door. “Miss Constance?” he said again. “Listen.”……..”I got a chicken here.” He tapped softly on the door. “I hope you can hear me,” he said. “I got a chicken here. My wife fixed it, roasted it nice, and there’s some cookies and a pie”…………I brought it inside and locked the door while Constance took the basket from me and carried it to the kitchen. “Blueberry,” she said when I came. “Quite good, too; it’s still warm.”

Blueberry pie is one of the most quintessential comfort foods around, and this was my first time trying it out, and on Pi Day, no less!

METHOD
In a large bowl, mix together the blueberries, juice of half the lemon, and zest from the entire lemon. 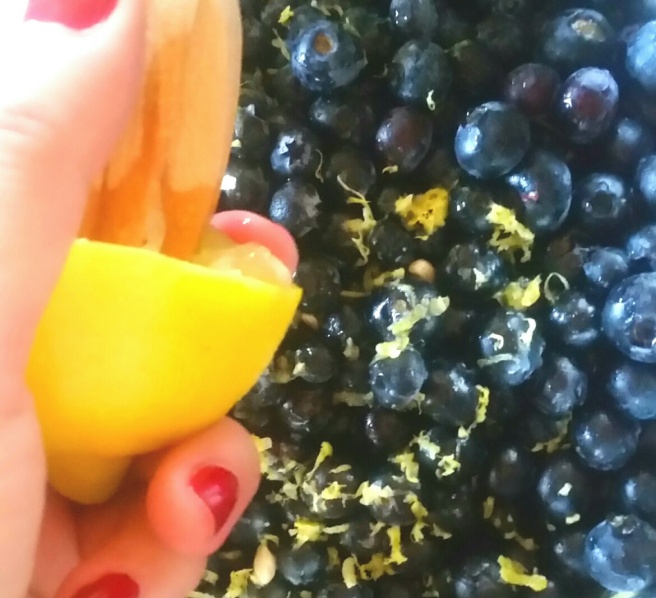 Sprinkle over the flour, and stir to mix and ensure all the berries are covered. This will help create a thick syrup inside the pie when baking.

Add in the sugar and the cinnamon, and mix again. Leave for about 30 minutes. 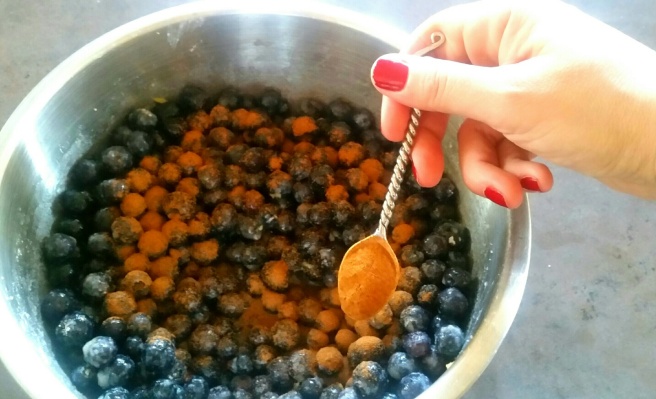 Pre-heat the oven to 425F. Unroll one of the pie crusts and press it into a 9-inch round pie pan. Sprinkle a teaspoon of cinnamon onto the bottom crust for added flavor. 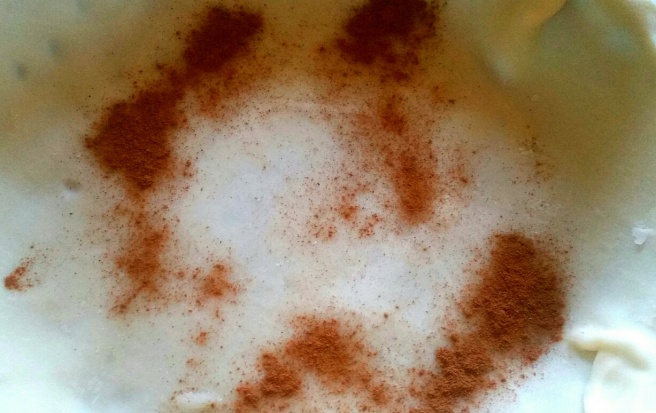 Pour the blueberries into the pie crust, cover with the second crust, and crimp with a fork, or if you’re not hand-eye coordination-challenged like me, crimp with your fingers.

Cut four slits across the top of the pie crust, then brush the beaten egg and water mixture on top of the crust. Bake for 20 minutes, reduce the heat to 325F and bake another 40 minutes, until the juices begin to thicken and the crust becomes golden. 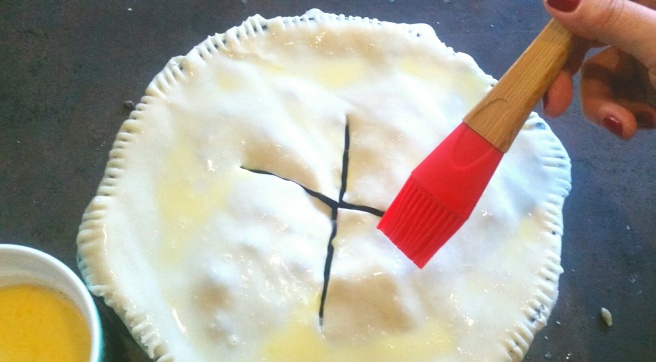 Remove and let cool, and admire it. The cooked blueberries take on a deeper hue and look like reddish-blue jewels.