I didn’t actually read this book when I was a kid, but since it’s ostensibly a kid’s book that weirded me out having read it as an adult, I think it fits snugly into my own Halloween canon this year. Coraline is just plain creepy. It hits a nerve for any kid, me included, who grew up wishing they had different parents. Well, that’s all of us, isn’t it? 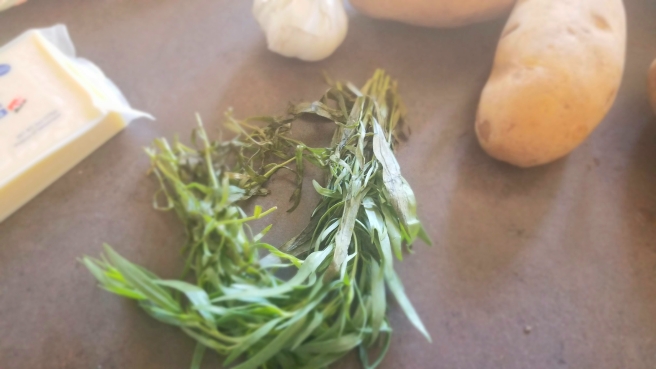 Coraline is a typical kid. She has quite an imagination and loves to wander off and find adventures. In fact, it’s her search for adventure in her new house that leads her to find the other side. Coraline is essentially ignored by her parents, which as an adult is somewhat understandable. As a kid, to simply want your parents to pay attention to you, to be “normal,” is an essential part of every kid’s experience growing up. Some parents are better than others. Coraline’s are not. They aren’t mean or abusive, nor do they neglect her in a bad way. They are simply wrapped up in their own lives, their own careers, their own interests and they seem to have forgotten that they have a kid who needs some feedback and attention. 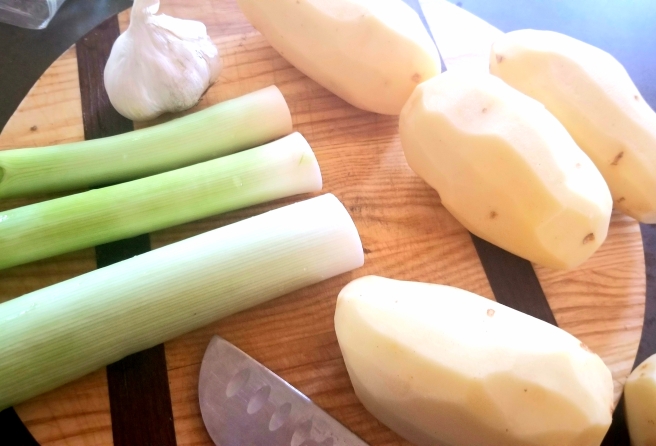 So when Coraline goes exploring and discovers the other house and the Other Mother and Other Father, who welcome her with such happiness and joy and wonderful home cooking and her own bedroom filled with magical toys and the promise that she can stay with them forever if she wants to, it’s no wonder she is tempted. 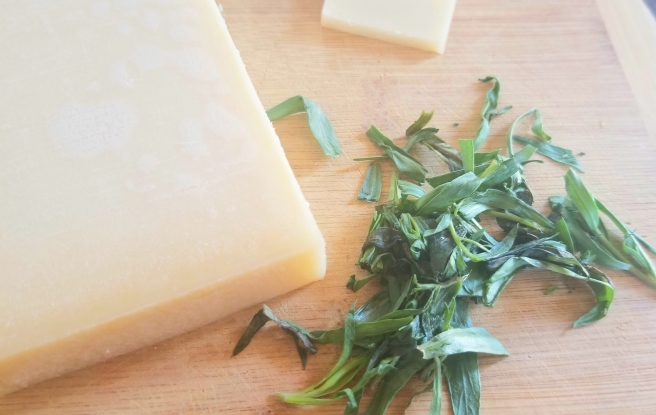 What the underlying theme in this film is is bravery. Coraline is a brave kid, taking on a terrifying task of finding the souls of the three children whom the Other Mother has already taken, and possibly losing her own in the process.  The Other Mother is truly frightening. She has black button eyes and seems to know the deepest parts of Coraline’s mind and soul, anticipating Coraline’s moves when Coraline tries to find and release the souls of the other children trapped there. But it’s tempting for Coraline as well, because the Other Mother promises something Coraline doesn’t get from her parents – normalcy and attention. The fact that the Other Mother also does what any dream mother would do – cook a kid’s absolute favorite foods – is another mark in her favor since in her regular world, her real father cooks all this horrible gourmet food when he should realize that Coraline only wants microwaved food, like any regular kid. 🙂

Coraline’s father stopped working and made them all dinner. Coraline was disgusted. “Daddy,” she said, “you’ve made a recipe again.” “It’s leek and potato stew, with a tarragon garnish and melted Gruyere cheese,” he admitted. Coraline sighed. Then she went to the freezer and got out some microwave chips and a microwave pizza.” 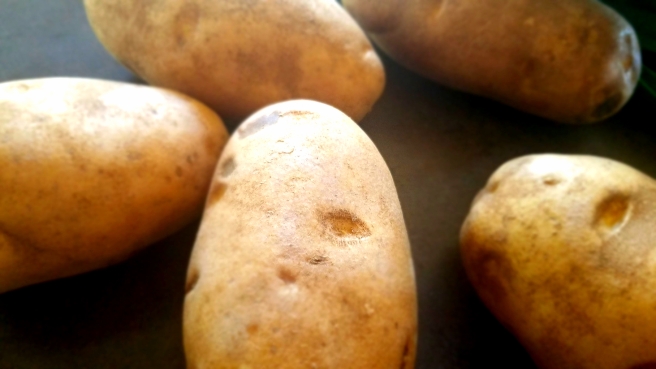 Well, I don’t know about Coraline but to me, potato and leek soup with Gruyere and tarragon sound absolutely delicious, and perfect to make as the late summer weather changes to cool autumn temperatures. So that’s what I made. (Obligatory shot of my dog included, just because she’s cute.) 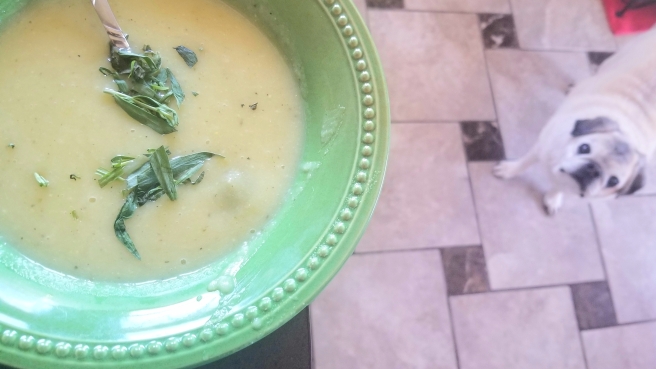 METHOD
Melt the butter in a large pan. Slice the leeks into rounds and add to the butter. Let saute for about 5 minutes. 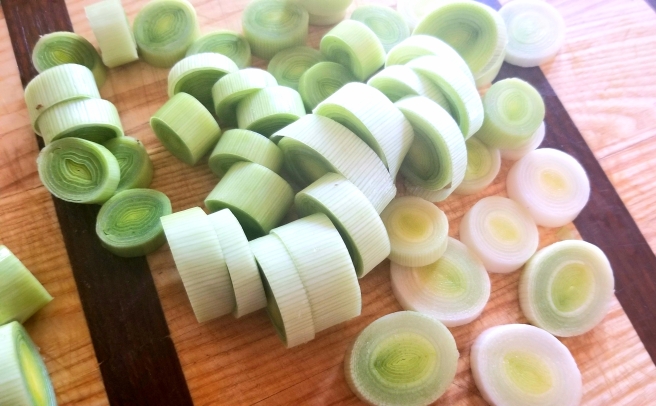 Finely mince the garlic and the tarragon and add both to the leeks in the pan. Let them cook together for another 5 minutes, stirring occasionally. Add a dash or two of sea salt. 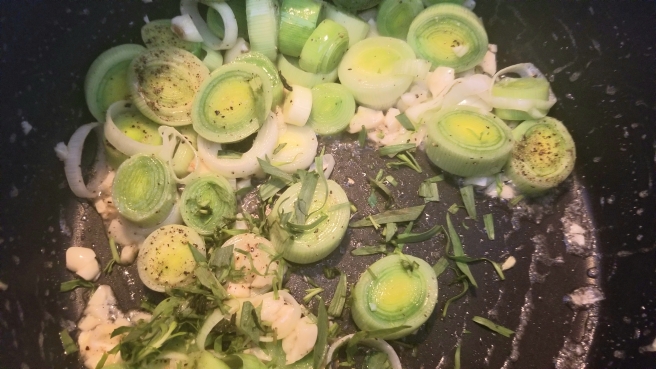 Cube the peeled potatoes and add to the leeks, tarragon, and garlic. Stir around to cover with the butter. 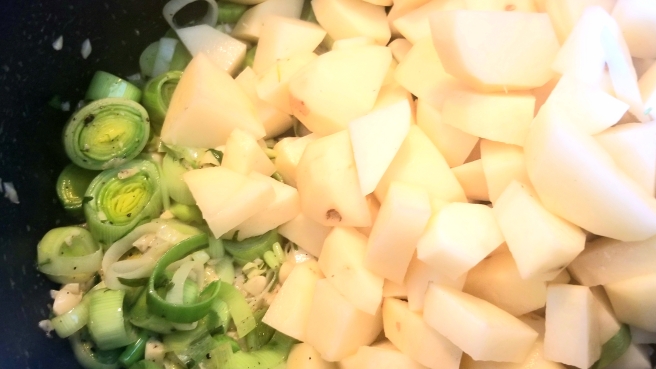 Add the dried thyme, pour over the chicken broth and the white wine, cover and let simmer for 45 minutes, until the potatoes have completely softened. 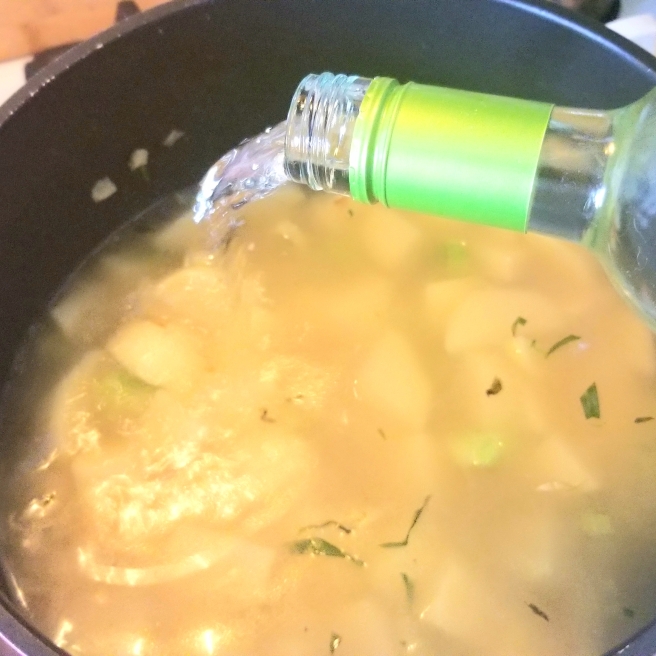 Bust out the fabulous stick blender and blend until everything is smooth and velvety and unctuous. 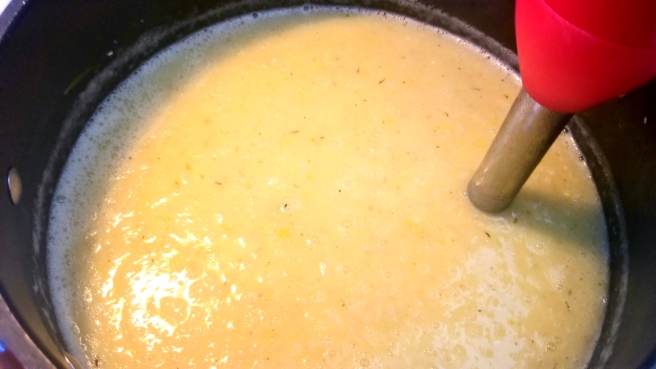 Add in the grated Gruyere cheese and stir to mix and melt. Let simmer a few more minutes, tasting for seasoning. 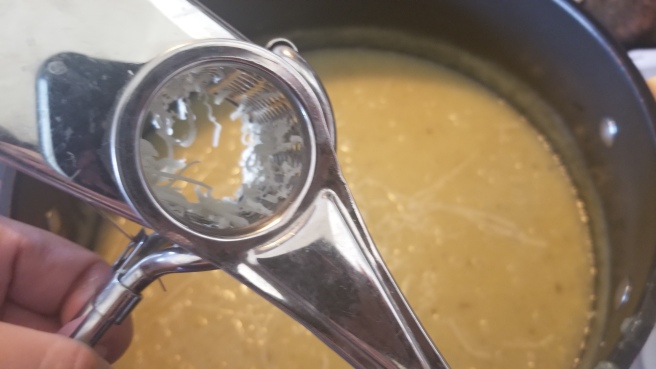 Decant into soup bowls and garnish with some more fresh tarragon. The licorice hint from the tarragon is a perfect contrast to the starchy potatoes and rich cheese. So delicious! I think it might even convince Coraline to try it! 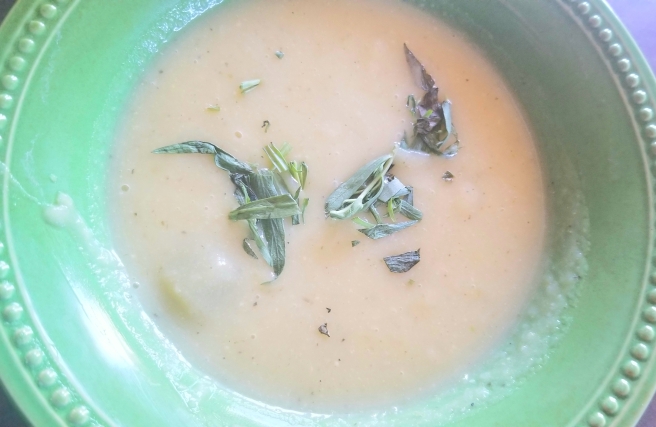