So Nicole at The Bookworm Drinketh and I are doin’ the sexy again…….no, not like that, you perverts! We’re revitalizing our blog collaboration Sexy Sunday, where we read a book notorious for its sex scenes, she blogs it in conjunction with a cocktail recipe, and I blog it in conjunction with a recipe. And yes, I know it’s Monday – I finished the blog and cooking yesterday so it still is technically a Sunday post…..I just don’t know how to schedule blog posts, apparently. 🙂 This is why I blog and cook and write, instead of work as an IT tech. Anyhoo………..

By now, if you don’t know that Anne Rampling is actually Anne Rice, you must have been living under a rock. Anne Rampling is notorious for this steamy erotic novel that combines love with some very hot S&M sexual escapades. I think part of why I love this book so much, other than the fact that much of it is set in New Orleans (my favorite city in the world), is because the female protagonist is as open and shameless about her sexuality as is the male. She has fantasies, she has desires, and the beauty of it all is that her job is to indulge the sexual fantasies and desires of others, as well as herself. There’s no judgement, no shaming about female sexuality, and I just love that, particularly because when this book was written, in 1985, female sexuality was barely coming to forefront in literature. I mean, you had The Story of O, but beyond that, there was really nothing on this level of both sheer eroticism and erudite literary quality. Now, of course, you see books everywhere that purport to celebrate female sexuality – and I’m talking to you, Fifty Shades of Grey – but that in reality, are just badly written, purple-prose garbage. This book is the big, bad granddad of them all. Writers of erotica, take notice. 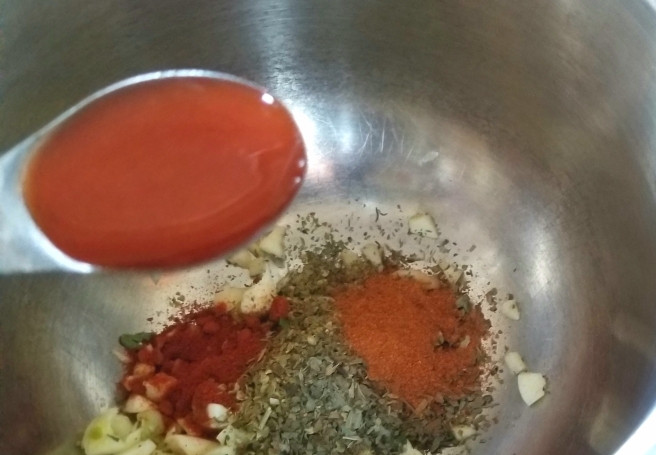 The storyline is thus: Lisa runs a private resort island called The Club that caters to extremely wealthy  men and women who want to live out their most extreme and repressed sexual desires  revolving around sadism and masochism. Not to the point where anyone is really hurt, you understand, but gives people the opportunity to be sexual masters or sexual slaves as they so desire, indulging their wildest impulses with men, women, groups, etc. There are sports, activities, equipment, anything and everything that you’d find in a regular beach resort, except that this place is exclusively for fucking anyone you can get your hot little hands onto, in as many ways and within as many hot scenarios as possible. 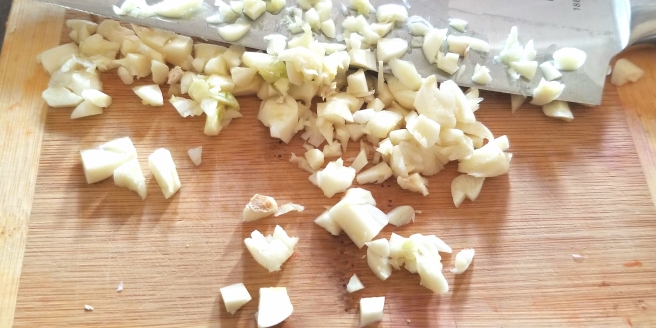 Elliott comes to The Club as a willing slave. He’s photojournalist who’s been through the wringer emotionally, having witnessed and photographed war, violence, torture, and abuse. The Club is essentially his way of dealing with all the violence he’s seen over the years, processing it all by giving himself a safe place in which to experience being out of control. If you think about it like that, acting out all your uncensored sexual fantasies in a completely safe and totally judgement-free environment, is a way better way to sublimate negative urges than drinking, drugs, or abusing yourself or others. 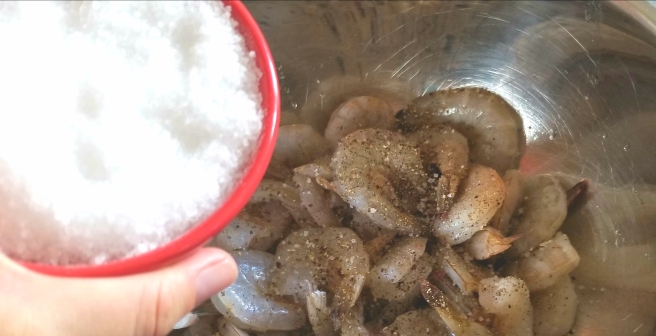 Of course they fall in love, because that’s what’s at the heart of the book. They are both highly intelligent, literate, well-traveled, extremely sexual beings. And they have some pretty hot, wild, reverse-role sex on the island.

“It’s worse than being whipped, isn’t it,” she purred, “being tortured with pleasure?”……. She’d picked up something from the dresser. It looked at first glance like a pair of flesh-colored, leather-clad horns. I opened my eyes to see it clearly. It was a dildo in the form of two penises joined at the base with a single scrotum, so damned lifelike the cocks seemed to be moving of their own volition as she squeezed the soft massive scrotum……It was marvelously well defined, both cocks oiled and gleaning, each with carefully delineated tips……”Ever been fucked by a woman, Elliott?” she whispered, tossing her hair back over her shoulder. Her face was moist, eyes large and glazed………She lowered the phallus and pushed one end of it up and into herself, her whole body moving in a graceful undulation to receive it, the other end curving outwards, and toward me just exactly as if she were a woman with an erect cock……..Then came that exquisite feeling of penetration, of being opened, that gorgeous violation as the oiled cock went in. Too gentle, too delicious, up to hilt, and then rocking back and forth, and a low buzzing pleasure coursing through all my limbs from that one heated little mouth. God, if she had only rammed it, made it a damned rape. No, she was fucking me…..she worked it like it was part of her, the soft rubber scrotum warm against me, just liker her hot naked belly and her hot little thighs. My legs had spread out. There was that overpowering sensation of being filled, being skewered, and yet that rich, exquisite friction. I hated her. And I was loving it…….She knew where she was driving it, rocking it. I was going to come, jerk right into the air. 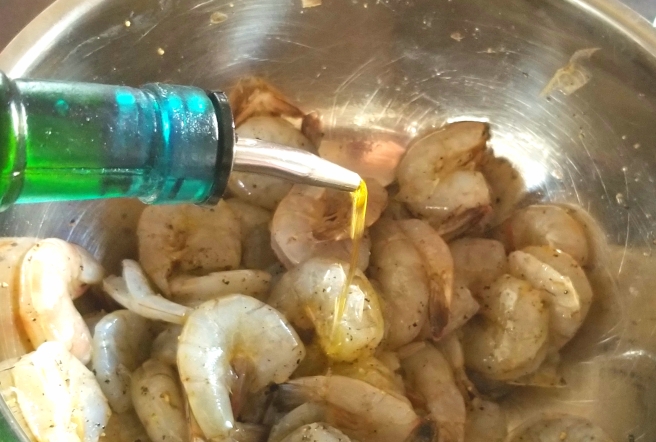 Whew! Let me fan myself a sec.

Then Lisa goes a little nuts and takes Elliott by private jet (and against Club regulations)  for a romp in New Orleans, where they proceed to have even more, hotter and intense sex, along with exploring the city and having adventures both in and out of the bedroom. Well, hell. Tons of sex. Hot main characters. Delicious food and my favorite city in the world. OF COURSE I love this book. In one of my favorite passages, Elliott takes Lisa to what I think is the best restaurant in New Orleans, the famous Pascal’s Manale on Napoleon Avenue, and they proceed to down platefuls of Manale’s amazing barbecue shrimp with bread and it sounds just delicious! 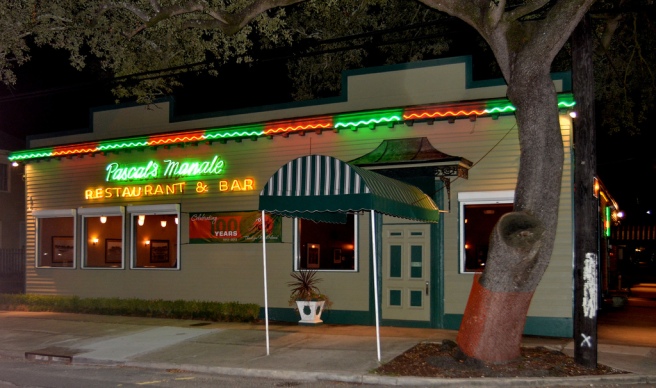 And then came the barbecue shrimp, which was nothing short of fantastic, and she started in at once. I don’t think I could love a woman that couldn’t eat this barbecue shrimp. First of all the dish isn’t barbecued at all. It’s a mess of giant whole shrimp, with their heads on, baked in the oven in a deep dish of peppery marinade. They bring it to the table just like that and you tear off the heads of the shrimp and peel them and eat them with your fingers. It turns you into a gourmet, then a gourmand, then a barbarian. You can enjoy it white wine or red, it’s so peppery, but the best way is with beer………..

Living in the Southwest, it’s difficult if not impossible to find Gulf Coast head-on shrimp, which form the basis of Manale’s shrimp dish. It’s the head that gives the dish so much extra flavor, with all that extra fatty tissue. But I did a bit of research and found this awesome version on the NPR website  which uses headless shrimp and offers added flavor variations to make up for the loss.

Mix together all the dried spices with the garlic, the Lea and Perrins, and the Louisiana hot sauce in a large bowl. 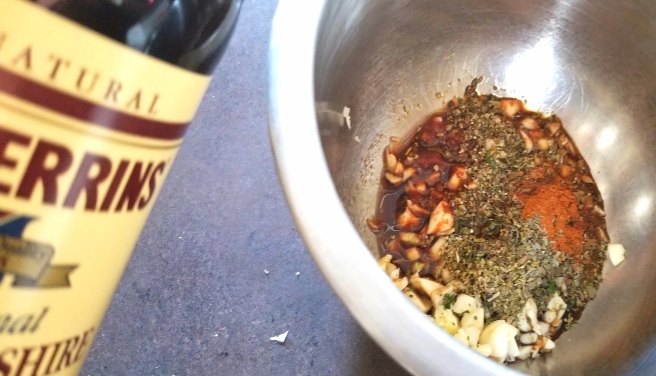 Pour the olive oil over the shrimp, and add the white wine. 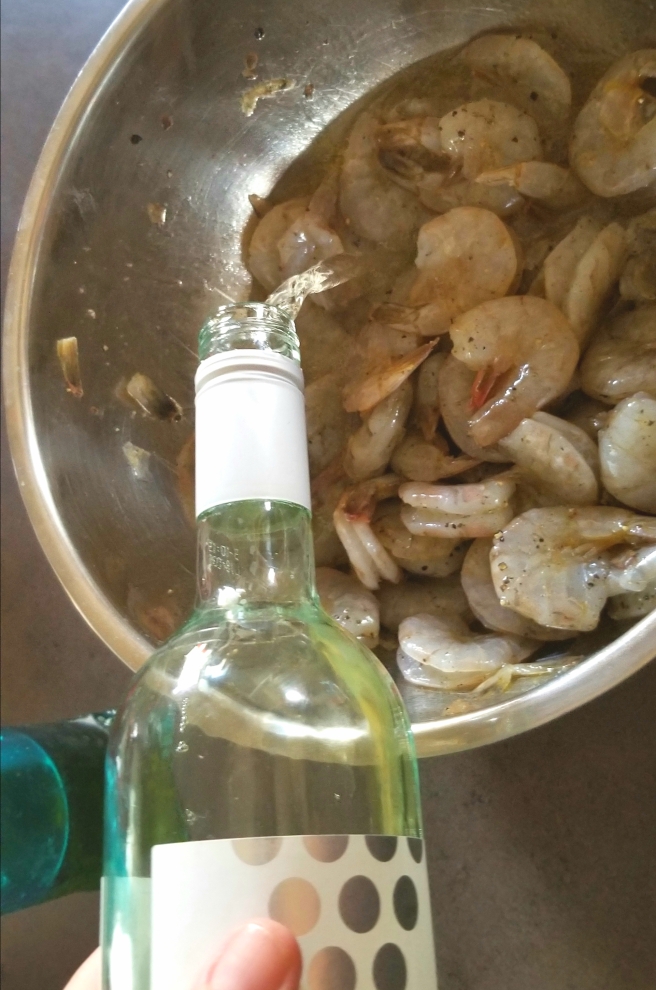 Add the oily, winy shrimp to the bowl of spices and stir to mix well.

Add a large pat of butter to a hot skillet and dump the spice-flecked shrimp.

Cook over high heat until the shrimp are pink and plump and finished. Don’t overcook the shrimp because they will become rubbery. And who the hell wants a rubbery shrimp?

Serve the shrimp in a soup bowl. Eat with lots of napkins, some good hard-crusted bread for dipping up the delicious sauce, and either some cold white wine, room-temperature red wine, or an ice-cold beer. Hell, have all three! We’re not picky in this house. 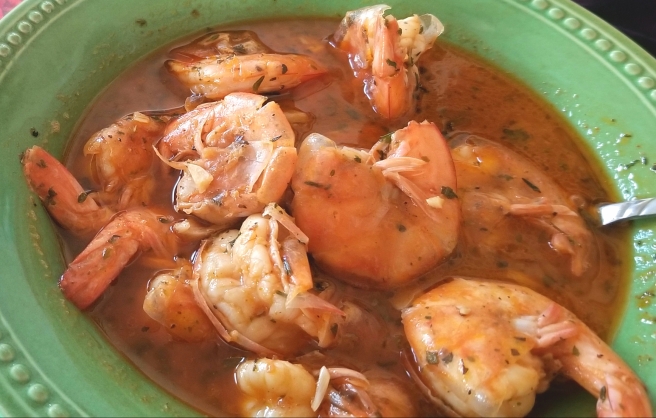