I ran across this weird and engaging book of short stories at a yard sale a few weekends back, and of course, the unusual title Vampires in the Lemon Grove caught my eye. Well, as a former Goth chick who loves all things dark, supernatural, creepy and eerie, anything with “vampire” in the title is likely going to be something I immediately want to investigate.

A book of eight short stories featuring elements of the bizarre, weird and supernatural, but in very unexpected way, the title tale features a very unusual and supernatural (though not frighteningly so) story of a marriage between two ancient vampires, Clyde and Magreb, who have found themselves living their rather mundane marital life in a lemon grove in Sorrento, Italy, where Clyde sits on a bench, watches the tourists go by and ogles the Bay of Naples, befriends a strange Goth chick and ponders the life he and Magreb have led to this point.

In many ways, the supernatural element of their being vampires is secondary, as their marriage mirrors any in modern times, questioning if that person still loves you after so many years together, the nature of love vs. companionship, and finding new and unique things – in this case, different drinks to slake their thirst – as a sort of parallel to their marriage in which they seek the new and the unusual to keep them engaged and entertained even as they alternately turn away from, and back towards, each other.

You see, these two blood-drinking vampires have globe-trotted and traversed the continent, sucking the juice straight from the apple, sipping mint tea, cherry Coke floats, jacka’s milk, and in Clyde’s words, a thousand beverages that claim to have magical, thirst-quenching properties, in an effort to sate their never-ending lust for drinking blood. Oddly enough, when they find themselves drinking a pitcher of tart lemonade in the grove of Santa Francesca in Sorrento, once a Jesuit stronghold and now a touristy, overpriced lemon grove, they decide that lemons will be their tipple of choice going forward. So they proceed to settle in Sorrento and suck dry a good half-dozen lemons each per day. 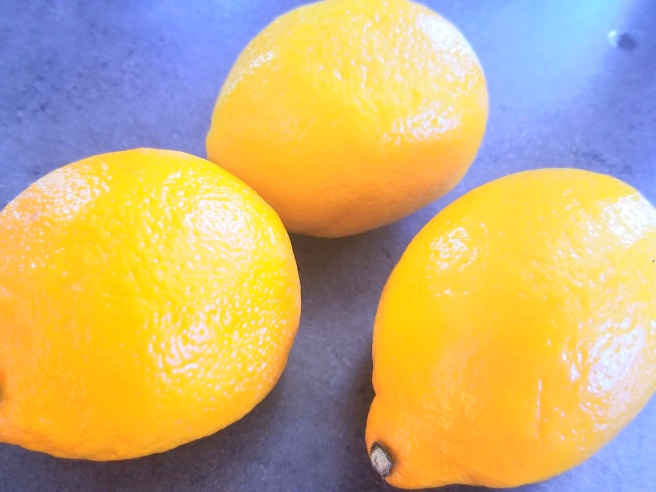 Honestly though, I only read the eponymous first story and the meandering prose lost me after awhile. I enjoyed reading about the vampiric evolution of a marriage and the luscious lemon groves of Amalfi but Russell, though a beautiful handler of the English language, really doesn’t know how to end a story and Vampires in the Lemon Grove ended on a very annoying and vague note of……what? Are they now bats? Will they fly away? Will Clyde now become the spirit of the young Goth girl? WTH, I asked myself?

The saving grace is Russell’s ability to bring the description of those magical lemon groves along the Amalfi Coast vividly to life. It’s nearly enough to make you wish you were there, lying in that blazing coastal heat, watching the impossible blue of the Tyrrhenian Sea and the Gulf of Naples, a glass of wine in one hand and the other hand trailing in the salty water and the heady scent of those uniquely tart-sweet lemons. I considered making some type of lemon cocktail designed to be gently sucked from a straw in homage of these two odd vampires, but instead decided on a dessert, and gave Meyer lemon pie a whirl. Meyer lemons are as close to a true Amalfi lemon as you can get without actually hopping flight to Sorrento, and since this is the season for Meyer lemons, it seemed like the perfect marriage……..and no vampires to be found.

METHOD
Heat the oven to 350F and blind-bake the frozen pie crust for 15 minutes. Set aside to cool, and using a reamer or juicer, begin to juice the lemons into a bowl. They are very seedy so try to extract the seeds first if possible.

In the mixing bowl of your most awesome red Kitchen Aid, add the three egg yolks and the vanilla.

Add the lemon juice, the condensed milk and the salt, and mix well on medium for up to five minutes, until a you get a thickened, slightly golden, creamy texture. 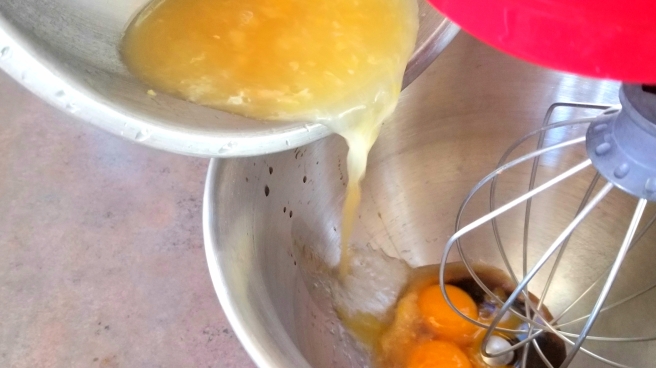 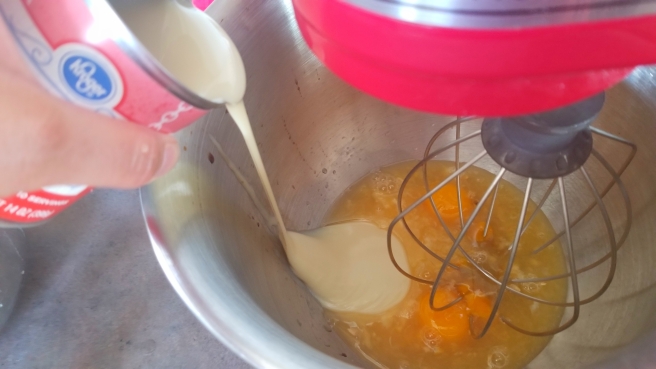 Pour the lemony mixture into the cooled pie crust and bake for 15 minutes. Allow to cool for another 15 minutes, then refrigerate overnight.

Pour the heavy cream into the now-clean mixing bowl of your red Kitchen Aid using the whisk attachment, and mix for 7-8 minutes, until the cream forms thick peaks. Add the sugar,the lemon juice and the lemon zest and whip again. 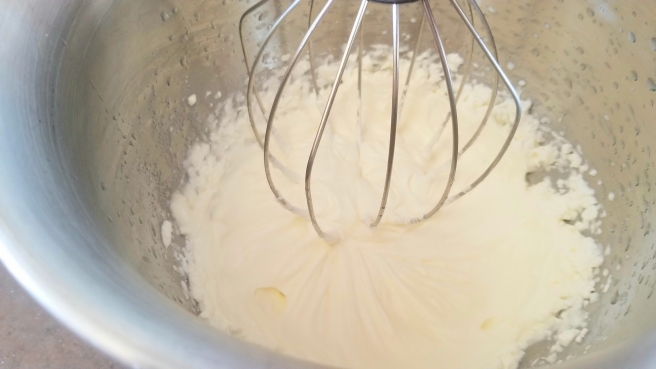 Spread the lemony cream over the top of the chilled pie.

Garnish with freshly chopped mint, and dive right in. Don’t save any for those pesky, lemon-sucking vampires!

9 thoughts on “Vampires in the Lemon Grove by Karen Russell”