In desperate need of something new to read and some cooking inspiration during this ongoing pandemic, I did a Google search for best foodie literature and actually got several unexpected suggestions. Two were books that extolled the virtues of various alcoholic beverages and cocktails, and I was immediately intrigued. I am not one to say no to anything liquor-based, and in fact have blogged previously about various drinks, including the mint julep, the Aperol spritz, the Campari cocktail, the Sazerac cocktail, and my personal favorite, the Pan-Galactic Gargleblaster.

So I decided this latest novel, Last Call at the Nightshade Lounge, was worthy of a read. And I’m glad I did! The premise of the book is thus: Bailey Chen is fresh out of college and seeking that elusive first job with a degree that we all went through when the ink was still wet on our university diplomas. She gets a part-time job bartending with her old high school buddy Zane, who had a massive crush on her back in the day and has now leveled up his own game with his new wardrobe, nice Chicago apartment and partial ownership of his uncle’s bar. One night, Bailey is on her way home after having mixed herself a rather unusual and strong cocktail and is shocked to see monsters stalking people in the greater Chicago downtown area. The cocktail – a screwdriver – is made with magical liquor in just the right amounts and allows Bailey not only to see these monsters but also imbues her with super-hero powers. 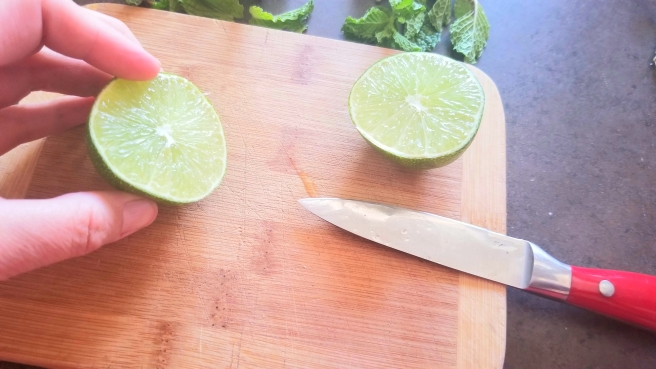 That’s the idea of the book – liquor gives you superpowers. Well, hell! I could have told you that! After a few glasses of wine, I am the world’s greatest singer! 🙂 Anyway, Bailey has uncovered an entire world of bartenders who know the secrets of different cocktails and the various powers they give when made correctly. A screwdriver gives you extreme strength and speed. A tequila slammer gives the ability to create protective force fields. A Tom Collins allows you to breathe underwater. A White Russian and you can walk on air. A Martini lets you turn to glass. Irish coffee lets you create illusions in the minds of others. And so on. 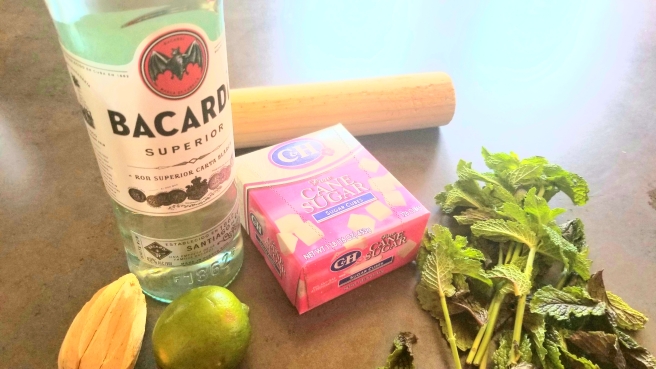 One of the most fun aspects of this book is reading the cocktail recipes that precede each chapter. Taken from The Devil’s Water Dictionary, each cocktail recipe is spelled out with the specific ingredients and garnishes needed, the precise measurements for each, the type of glass necessary to activate the magic in the cocktail, and then each ingredient is described in detail as to its origin, history, and how it came to be associated with the drink itself. It’s nothing heavy, this book, and that was what made it so much fun to read. It’s also set in the various cool neighborhoods in Chicago, one of my favorite cities, so it was really cool to jump around with the characters as they roam the streets of the Windy City hunting and killing nasty-ass monsters and getting shitfaced drunk in order to do it. Works for me! 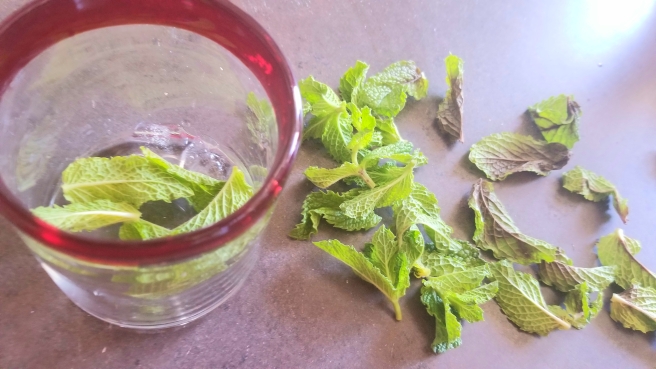 Not being much for hard liquor, I quite enjoyed reading about the powers of the Mojito cocktail. Now, I like a good Mojito because I love mint and lime together. Rum took me awhile to get behind because Captain Morgan and I had a really bad night together many years ago and it turned me off rum for years, but an ex-boyfriend who was an accomplished bartender made me a killer Mojito many years ago that changed my mind. And then there was this book passage:

Mint leaves, sugar, lime juice. Concentrating on details always helped…….She had spent her preshift Saturday drinking coffee and staying as alert as possible; now that she was up next for patrol, she was making herself a mojito – her ex-coworker Trina’s favorite, which would give her the power to manipulate ambient water to her will……..

METHOD
Drop 6 mint leaves, the sugar cubes, and the juice of one lime into a glass.

Muddle the mint leaves until they are bruised and the sugar has dissolved.

Add the 2 ounces of rum and a splash of soda water.

Fill the glass with crushed ice, garnish with a mint sprig and a slice of lime, and serve. Knocks the wind back into your sails, this one does. After drinking it, you might very well feel that you can fly or at very least, manipulate ambient water like in the book. Don’t try it, though. 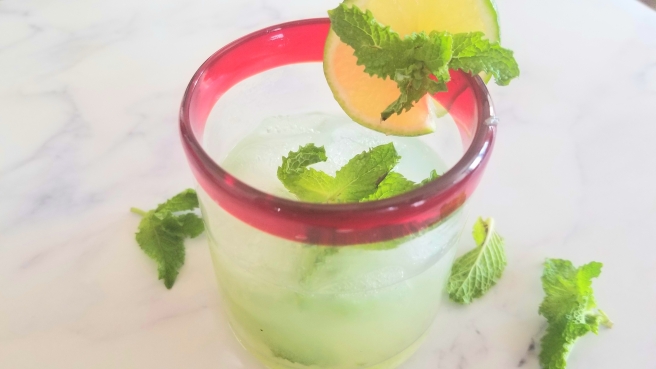