Being a former Goth girl, I still have a fondness for the darker side of things. Vampires, crucifixes, ghosts, vintage clothing and jewelry, steampunk-Romantic styles, and movies and books that feature such themes as death, spirits, things that go bump in the night and of course, passionate romance. Though I have to (somewhat) conform in my day-to-day life where I play a bureaucrat, my heart is always in the coffin with Count Dracula. Love, love, love Dracula and vampires in general. 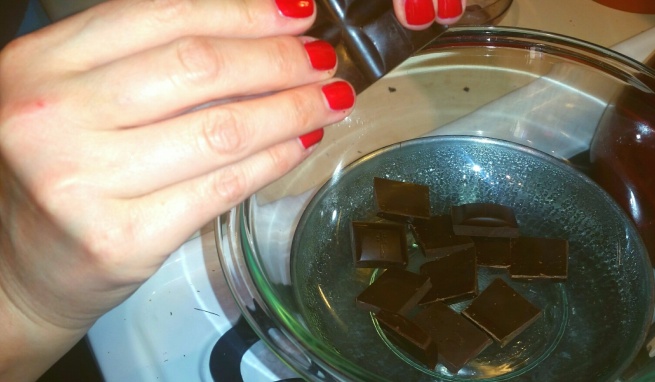 The Historian‘s premise is simple. It postulates that Dracula – Vlad Dracul – is not just a vampire in a book, but is actually alive and well and has been preying on people across centuries and throughout continents. A young scholar named Paul is given the charge to find Dracula when his graduate advisor and mentor, Professor Rossi, mysteriously disappears under ominous circumstances. Mixed up in this puzzle are antique, leather-bound books, each bearing the distinctive stamp of a dragon. Because, of course, in Romanian, “Dracula” means dragon. Well, of course it does!

Paul becomes enmeshed in both the search for the blood-drinking Count and with the lovely and stoic Helen, whose Eastern European lineage connects her with the Count in ways no one would imagine. Told from the viewpoint of Paul and Helen’s daughter – with a nod to Daphne DuMaurier’s Rebecca as her name is never revealed – the story has multiple levels, told in three different timepoints and utilizes the epistolary style extremely well, as the prose passages are highlighted by journal entries, letters, telegrams and book passages. It’s a book for book lovers, if you know what I mean.

This is my ultimate type of book. Long, detailed, globe-trotting, with amazing descriptions of architecture, literature, love, and food from countries as diverse as Russia, France, Spain, Slovakia, Greece, Turkey, The Netherlands, Great Britain, the United States, and oh so many others! My favorite of all of them was when Paul takes his daughter to visit friends in Italy, and they are served an Italian torta, which is a flourless cake made with ground nuts in place of flour.

Giulia lit a lantern on the sideboard, turning off the electric light. She brought the lantern to the table and began to cut up a torta I’d been trying not to stare at earlier. Its surface gleamed like obsidian under the knife. 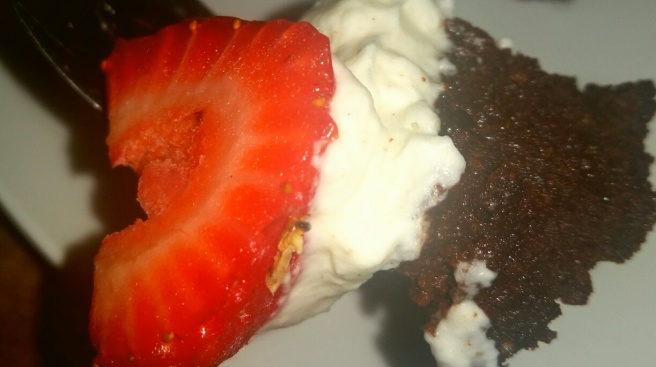 This is the method that worked for me, based on the marvelous recipe at Proud Italian Cook’s awesome food blog, but of course with my usual tweaks. I used both hazelnuts and almonds, because I love the flavors together, I added some almond extract and some amaretto, and for more flavor, I toasted the nuts before grinding them in my food chopper. Nom nom nom!

Lightly butter or oil an 8-inch cake pan, and line the bottom with parchment paper. Toast the hazelnuts and almonds in a dry pan until they darken and you can smell the nutty scent. 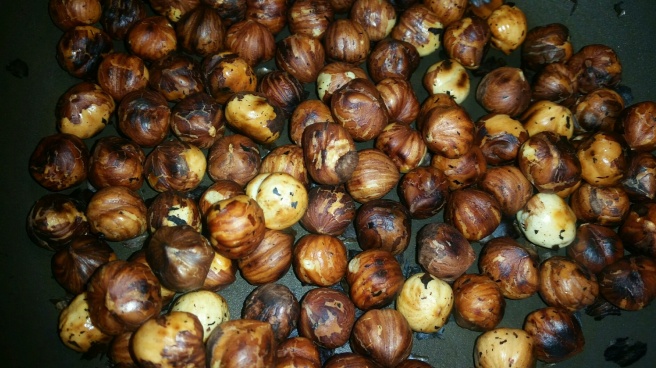 Grind up the nuts in a food processor, so that you have a rubbly texture. The smell is out of this world! 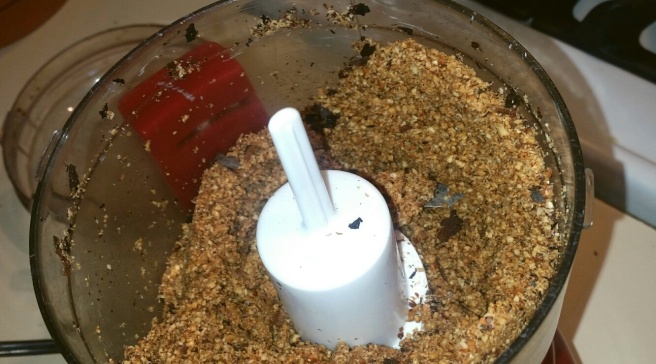 Break the chocolate into shards or chunks, and melt in a Pyrex bowl set over a pan of boiling water. Let the chocolate melt, stirring occasionally

Add the butter to the melting chocolate, and add in the almond essence and the Amaretto. 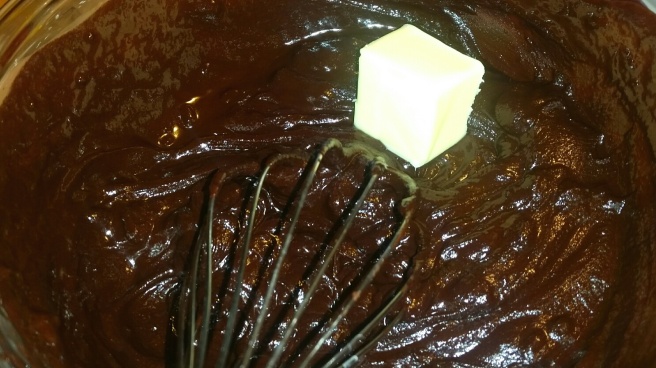 Whisk the egg yolks and add to the ground nuts. Add in the sugar.

Mix the gooey, yummy, melted chocolate into the nut mixture.

Fold the egg white mixture into the chocolate-nut mixture, using the figure-8 hand method. This method ensures air gets into the batter, making it even more light and fluffy and less apt to sink in the center, though it probably will sink. That’s just life. And cakes. 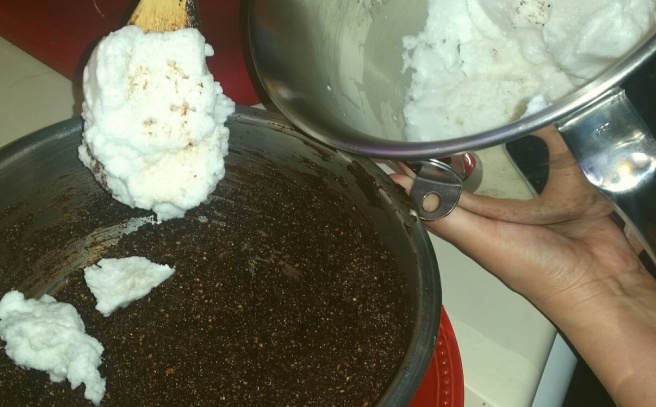 Scrape the luscious batter into the cake pan, and bake for 18 minutes. Yes, I said 18 minutes, because that is apparently the timeframe used by the majority of the Italians I know, who make this cake regularly. I don’t ask questions of the experts, I just do what I am told.

Allow the cake to cool for up to 1 hour before taking out of the cake pan. It likely will sink in the center as it cools, and you will just have to accept that, pick up the pieces of your shattered life, and move on.

Serve the cake garnished with lemony whipped cream and strawberries. The cake’s richness needs an offset, and the citrus contrast in the cream is perfect with the nutty denseness. Plus it looks so pretty!

11 thoughts on “The Historian by Elizabeth Kostova”