In terms of medieval books, The Canterbury Tales is right up there with Dante’s Inferno as my top favorites. Unless you’re a trained medieval scholar, however, I would strongly recommend reading a more modern English translation of the book, since the medieval English of Chaucer is quite difficult to read. 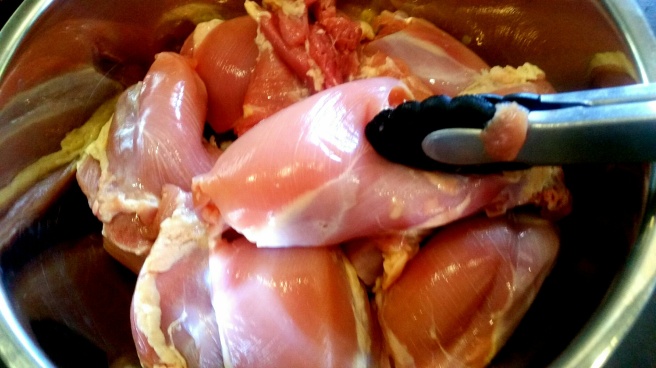 The entire book essentially revolves around food, in particular because the overall framework of the book is a storytelling competition, the reward for which is a magnificent feast. Several disparate individuals stop to stay the night at the Tabard Inn in London on their way to the cathedral at Canterbury, on a religious pilgrimage. Harry Bailly is the innkeeper and suggests that the pilgrims all tell a story to pass the time on the journey – the best one wins. 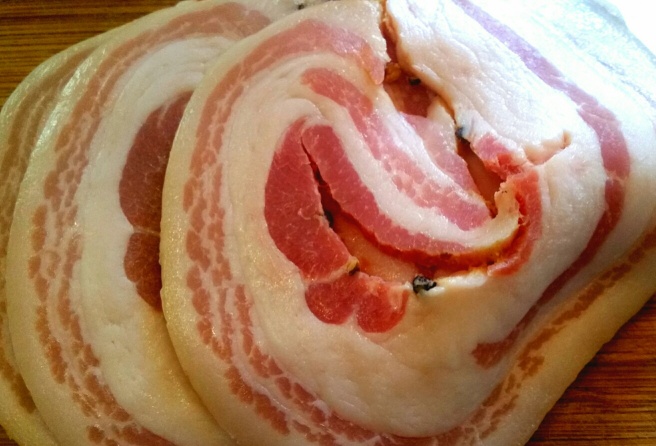 The pilgrims, among them The Prioress, The Summoner, The Knight, The Miller, The Wife of Bath, The Reeve, The Man of Law, and The Friar, are introduced in a long prologue that describes their various attributes. Then the book is broken into sections consisting of each pilgrim’s tale, as varied as the pilgrims themselves, and are by turns, funny, romantic, adventuresome, bawdy, and at times very sexually explicit.

Any Chaucer scholar or reader of this book understands the role that food played in this historical context. Food was a clear marker of wealth and social rank. Bread was a customary food across all economic groups, but the wealthy ate finely milled white bread (which was also very unhealthy, not having any nutrients in it.)  Those of the peasant rank ate the brown wheat bread that was healthier but also still with grit and small rocks in it. Wine was to be had by most people, but again, the quality depended on your ability to pay.

I always liked the description of the Franklin, being referred to as “Epicurus’ own son,” meaning that he greatly enjoyed his food. Part of the lengthy introduction of the book, which is a heavenly description of fish, meat pies, wine, chicken, fat partridges, dainties (candies or pastries), bread and ale. Then, The Summoner is described in foodie terms, as he likes garlic and onion and red wine, which were considered to be unhealthy, so as such, so he is considered in a negative light.

So, a combination of chicken, wine, spices, and the previously mentioned garlic and onion, seemed in order, and for me, that means coq au vin. With so much leeway in this recipe, I used my own method that’s based on the great Jacques Pépin’s marvelous recipe, using a bit of spice that would have been used in medieval cooking, and served with a salad of arugula, roasted beets, blue cheese, pine nuts, olive oil, and balsamic vinegar. Enjoy.

METHOD
Marinate the chicken in the red wine, garlic and herbs for up to 6 hours. Reserve the marinade. 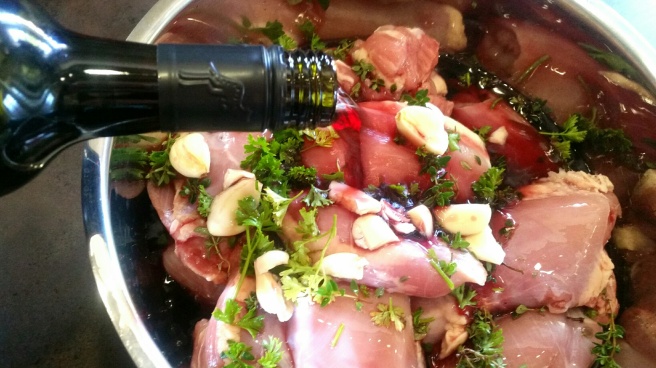 Fry the pancetta in the olive oil, then add the chopped-up onion and cook it for 10 minutes.

Toss in the carrots and the mushrooms here, stir again, and cook another 10 minutes. 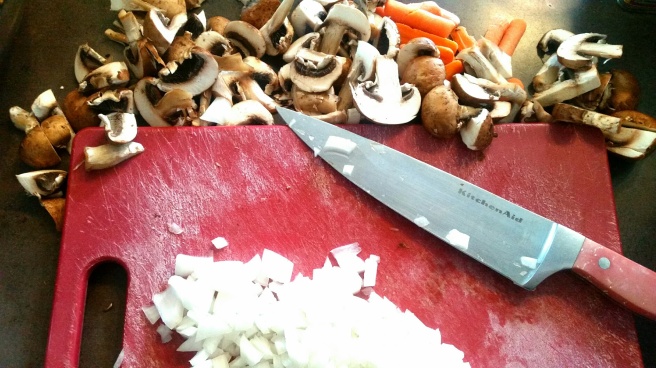 Add the chicken pieces, pour in the marinade, and add the bay leaves. Mix everything together, and add the nutmeg.

Pour over the chicken stock, and simmer on low for 2 hours, stirring occasionally and tasting for seasoning. Add salt and pepper as needed. 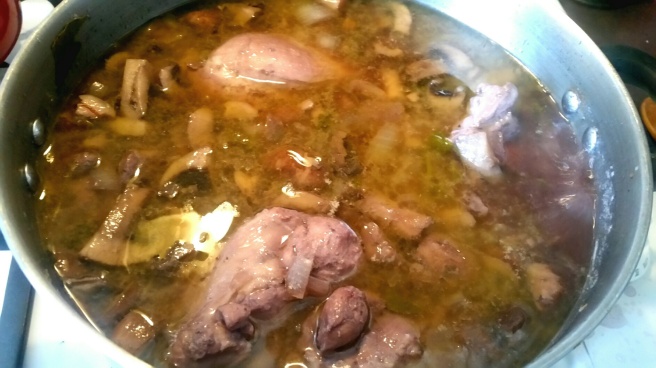 For the last 45 minutes of cooking, add some egg noodles, which will absorb some liquid and thicken it. Taste again and season as needed.

8 thoughts on “The Canterbury Tales by Geoffrey Chaucer”