What I found fascinating about The Dead House is the fact that it’s narrated in first person by a character who is not the focus of the story, but whose own story is as much a part of the overall arc as the main character. Mike is an art dealer and his best friend is Maggie, an artist whom he represents. She’s been recently from the hospital after having been savagely assaulted by her ex-boyfriend. She finds an old cottage in the Irish countryside, starts fixing it up in anticipation of painting something new, and invites Mike, his future wife Alison, and another friend and they spend the weekend exploring, drinking, cooking, laughing, and on the last night, playing with an Ouija board. Because what else would anyone want to do in a seaside cottage on the isolated Irish coast in a country that boasts its fair share of ghosts, spirits, pagan gods and other creepy things? And of course, we all know that when we are dumb enough to play with the supernatural, it almost always plays back with us. 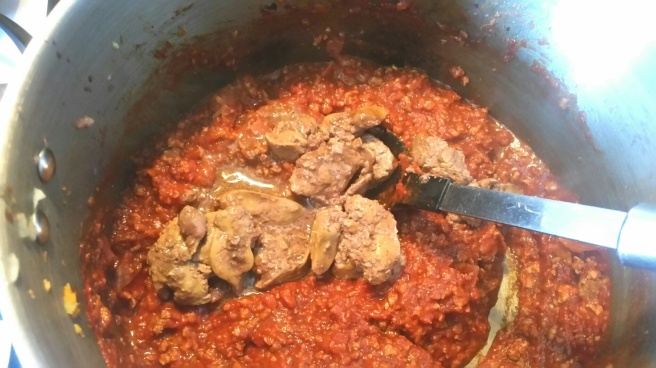 Maggie becomes even more isolated at the cottage as whatever spirit that was summoned by the Ouija board starts spending more and more time in her company. Ack! Mike, whose relationship with Alison is developing and which is described in lovely and realistic detail of a true love match (but in a way that’s not mushy or sappy, thank God), and when he goes to visit Maggie yet again and sees how her world is deteriorating, all else goes to Hell. Literally and figuratively.

The aspect of the story I found difficult was the fact that Maggie, although the de facto focus of the story, is never truly given a personality or background. We know she’s an artist, we know she’s drawn to men who don’t treat her well, we know she’s somewhat of a lost soul, we know she’s a creative type with an odd connection to the stranger things in life, but we never really understand why she is the way she is. Mike talks about Maggie from almost an emotional remove, perhaps it’s because what happens to Maggie ultimately ends up affecting his own life……….but enough spoilers. 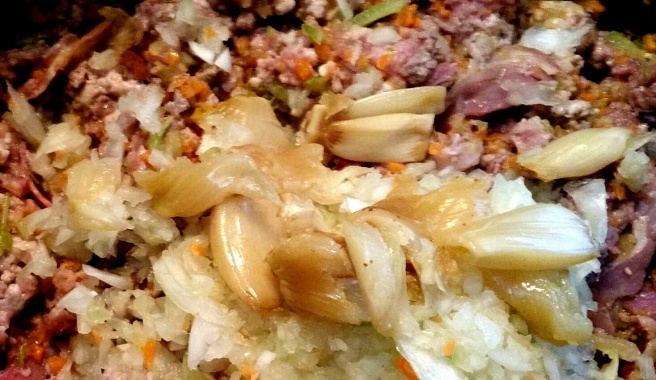 Overall, I loved this unique ghost story, heavy with the menacing sense that Ireland’s history is still with us today and is as scary and haunting as it was hundreds of years ago when blood sacrifices to their pagan gods were the order of the day. Also, O’Callaghan writes so beautifully about the nature in Ireland – the rocks, the glint of sunshine on the ocean, the various trees and flowers and plants that make the countryside into such a picture-perfect place. 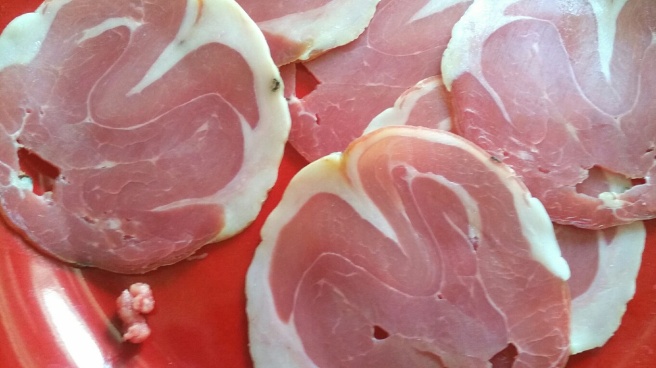 Before the sh*t hits the fan with the Ouija board, the four friends spend one evening making a communal meal of spaghetti Bolognese, or spag bol, as it is called in the United Kingdom. I thought a nice potful of Bolognese sauce was in order, so that’s what I made,  based on the late, great Antonio Carluccio, who insists there be no herbs whatsoever. And yes, I know it’s weird to make an Italian classic from a book set in Ireland. Don’t write in. 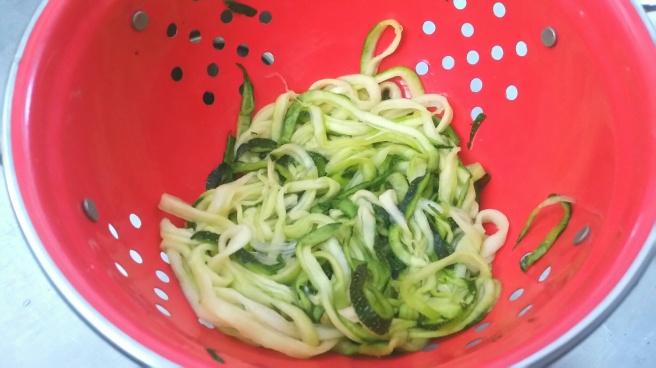 METHOD
Firstly, soak the chicken livers in milk overnight in the refrigerator. Please trust me here. They add such a depth of savory flavor that is so delicious and when cooked and mashed in the sauce, thicken it deliciously. 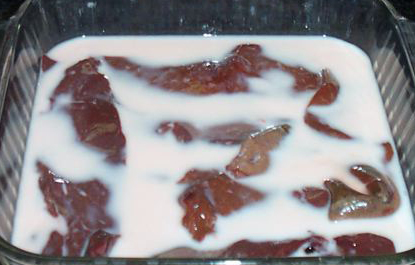 Rinse the chicken livers, pat dry and fry in butter for about 5 minutes per side. Let cool. 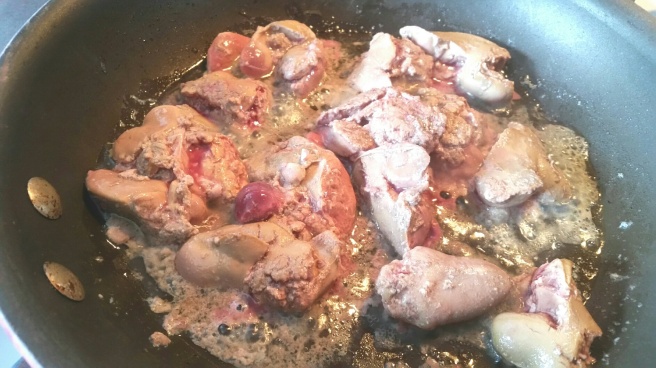 Melt the oil and butter together in a large pot, and add in the chopped carrot, celery and onion. Saute for about 5 minutes, then squeeze in the roasted cloves of garlic. The smell is out of this world good! 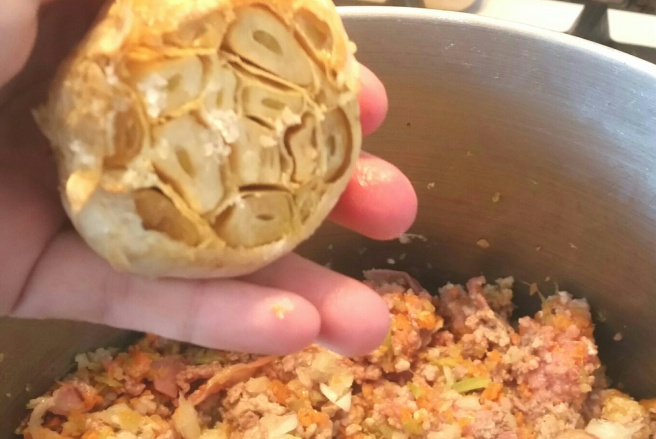 Add the ground pork, ground beef, and pancetta, and stir together so that the juices from the meats mingle with the flavor of the vegetables. Let cook for 15 minutes, stirring occasionally so things don’t stick. You want to cook it until it’s almost dry, as this adds to the texture. 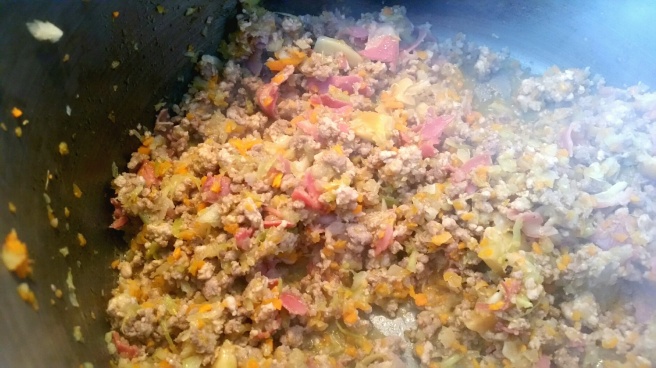 Pour in the tomato paste, and stir around. The color is like a deep brick red, very different than the color you get from cooking with crushed tomatoes. 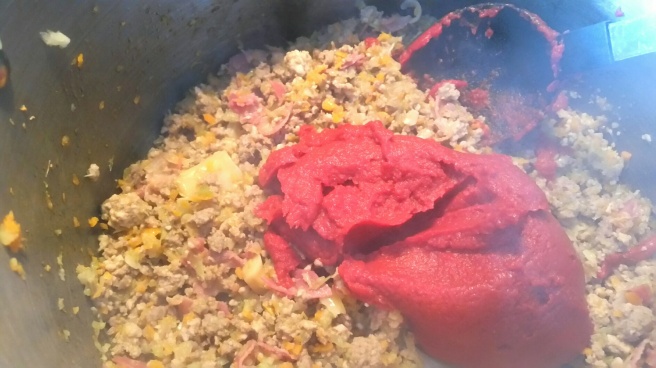 Pour in the red wine and the chicken stock, and stir to mix. You will still have a thick texture, but the wine and stock thin it and add to the flavor. 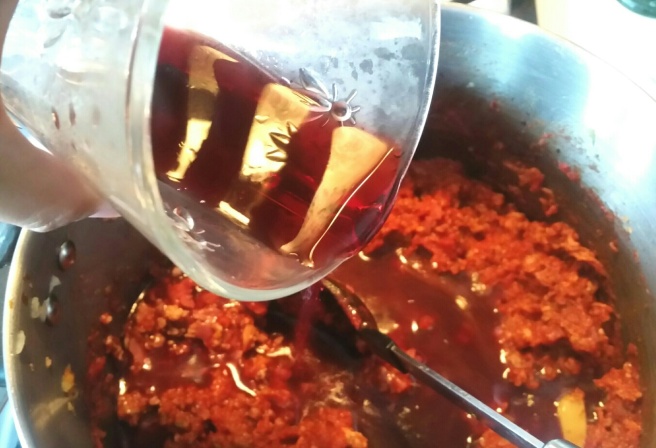 After 10 minutes, add in the chicken livers, and using a wooden spoon, mash them against the side of the pot to thicken the sauce. 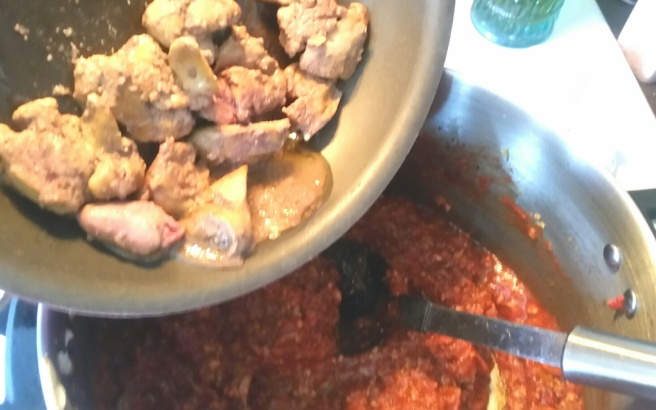 Turn the heat to low, stir again, cover and let simmer gently for up to 2 hours, checking on it occasionally. Add in more wine or stock if necessary.

Serve with spaghetti for a true British spag bol, tagliatelli which is much more traditional in Italy, or if you’re not eating carbs like me, eat with a pile of zucchini noodles, which are excellent! The sauce itself is so good, complex and thick and rich, yet with a hint of sweetness. Delicious! 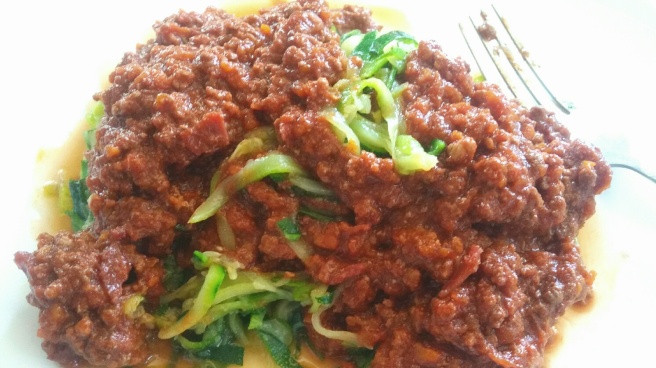 8 thoughts on “The Dead House by Billy O’Callaghan”

Baking By The Books
Cocktails and Books