I don’t know about you, but I’ve never been big on poetry. The rhythm and meters necessary to appropriately read poems just bog me down. I love hearing poetry read by someone who understands how it should be enunciated, but when I try to read poetry, either in my head or out loud, I sound like an idiot. Well, with the exception of the poems of Pablo Neruda. 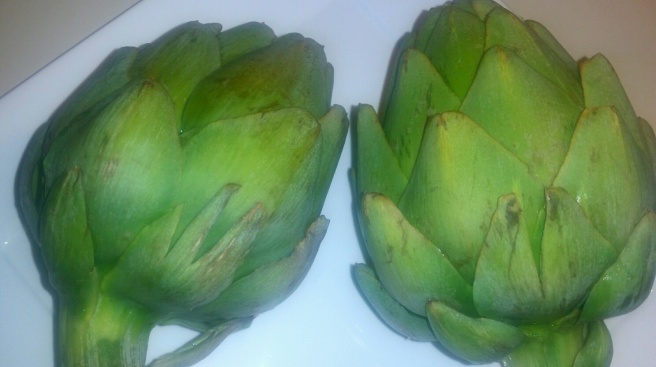 Neruda is my favorite poet in all the world. He writes in a sensual, lyrical rhythm that is a gorgeous combination of the magical realism so common in Latin American writing, and a pure, romantic worldview centered around love. His arguable masterpiece of love poetry is his Twenty Love Poems and a Song of Despair, though I personally love Cien sonetos de amor (100 Love Sonnets). Cien sonetos, in my humble opinion, is probably one of the most beautiful and erotic collections of poetry in the world, mature and beautiful and quite sensual. I highly recommend you read them if you haven’t already. 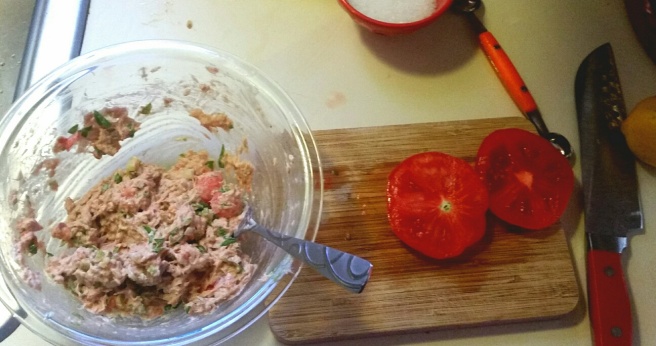 As much a political figure as a poet, Neruda was born Ricardo Eliécer Neftalí Reyes Basoalto in Chile. His poetry was considered beautiful, avant-garde, and at times, very subversive to the repressive government in his home country. Highly respected as both a writer and a political figure, he traveled extensively throughout the world, both as a diplomat and after he was forced into exile by after Chile outlawed Communism. A believer in pure Communist ideals, he was associated such other exalted revolutionaries as Garcia Lorca, Pablo Picasso and Salvador Allende. It is believed he was killed by the Pinochet government, which he had fervently criticized. Proof that words can be as powerful as any other weapon, if used correctly. 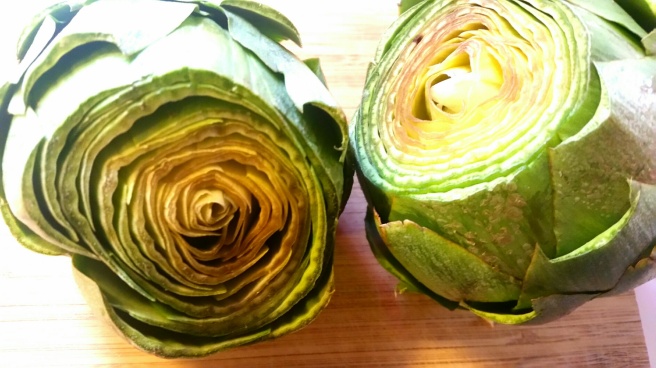 Though I adore Neruda’s love sonnets, the Odes he wrote in homage to everyday, normal items such as food, are my absolute favorites. He wrote odes using these mundane objects as personification of the human experience. Odes to a tuna he saw in the marketplace, golden lemons, pearly onions, jade-green artichokes, ruby and topaz-colored wine, and tomatoes, comparing the crimson flesh of the tomato to the bleeding and suffering of mankind, but also finding the sheer joy in these common foods. 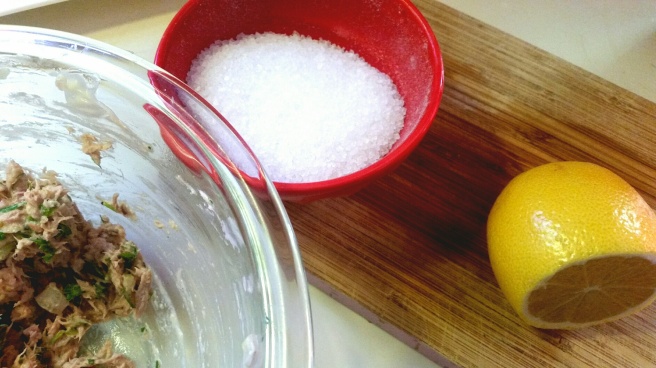 Being both a reader and an avid cook, I’ve always found his odes to food so filled with pleasure and sensuality. It’s interesting that Neruda is as comfortable detailing his political beliefs in a logical manner as he is describing the eroticism of kissing his lover or the joys of drinking wine or eating a tomato. 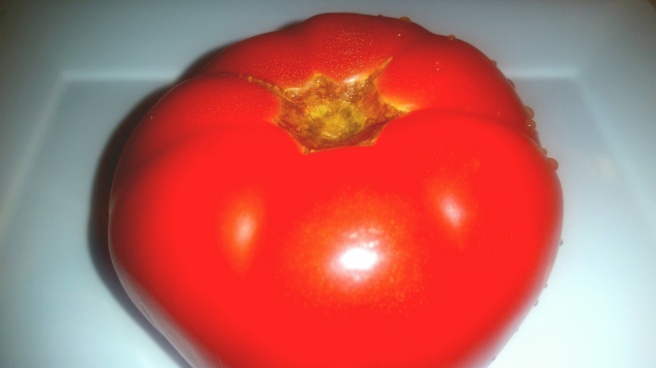 The street
filled with tomatoes,
midday,
summer,
light is halved like
a
tomato,
its juice runs
through the streets.
In December,
unabated,
the tomato
invades
the kitchen,
it enters at lunchtime,
takes
its ease
on countertops, 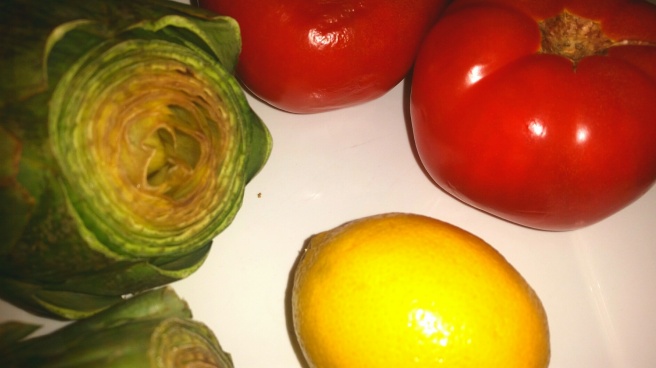 among glasses,
butter dishes,
blue saltcellars.
It sheds
its own light,
benign majesty.
Unfortunately, we must
murder it:
the knife
sinks
into living flesh,
red
viscera
a cool
sun,
profound,
inexhaustible,
populates the salads
of Chile,
happily, it is wed
to the clear onion,
and to celebrate the union
we
pour
oil,
essential
child of the olive,
onto its halved hemispheres,
pepper
adds
its fragrance,
salt, its magnetism;
it is the wedding of the day,
parsley hoists its flag, 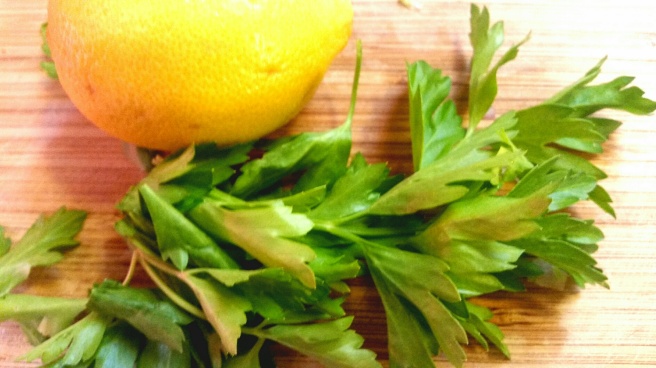 potatoes bubble vigorously,
the aroma
of the roast
knocks at the door,
it’s time!
come on!
and, on
the table, at the midpoint
of summer,
the tomato,
star of earth, recurrent and fertile star,
displays
its convolutions,
its canals,
its remarkable amplitude
and abundance,
no pit,
no husk,
no leaves or thorns,
the tomato offers
its gift
of fiery color
and cool completeness.

Isn’t that just beautiful? In honor of this magnificent poet, I decided to create an homage meal that incorporated tuna, onion, lemon, tomatoes, artichoke, and of course, wine. This is the method that worked for me, based on this marvelous recipe from Beauty and the Foodie, creating tuna-stuffed tomatoes alongside lemon-steamed artichokes and a beautiful, garnet-hued Chilean wine. I do think Neruda would approve wholeheartedly of this meal created in his honor. 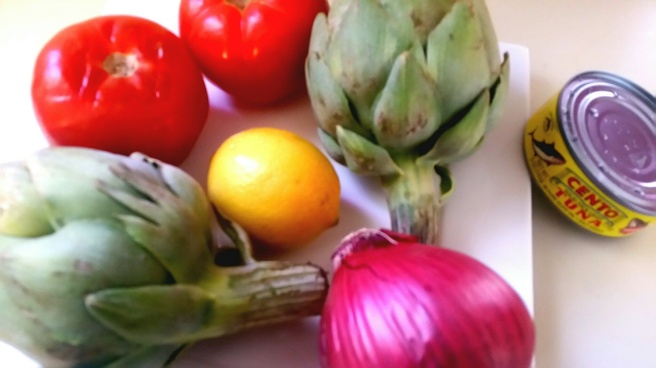 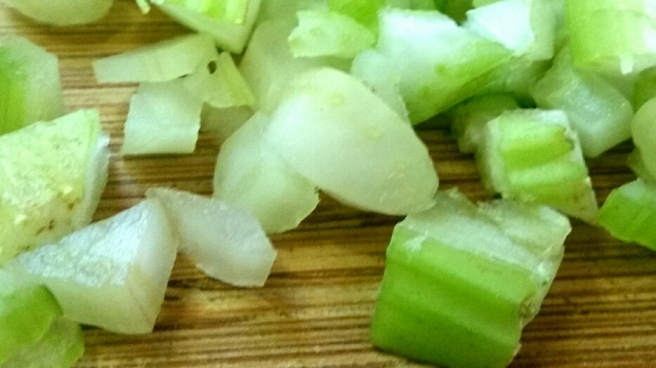 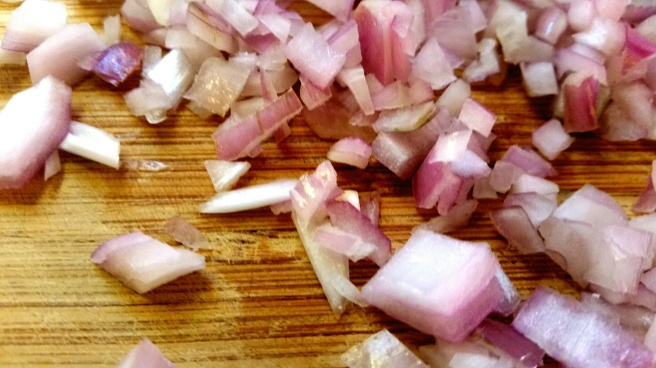 While the onion is cooling, cut the tops of the tomatoes off about 1/3 from the top. Scoop out the seeds and pulpy juices, saving some. 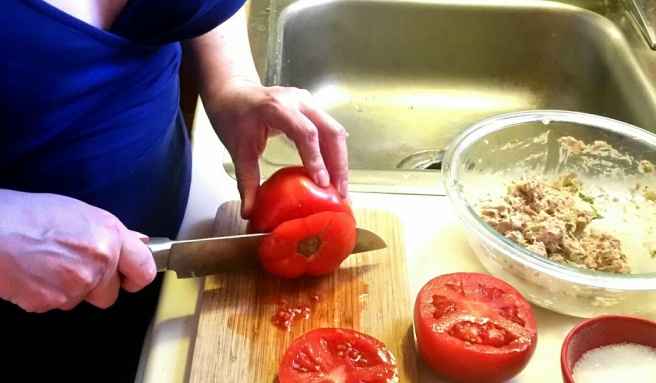 Drain the tomato halves upside down on a plate while you prepare the tuna salad. Mix the now-cooled onion with the flaked tuna, the celery and parsley, the tomato seeds and the lemon juice. 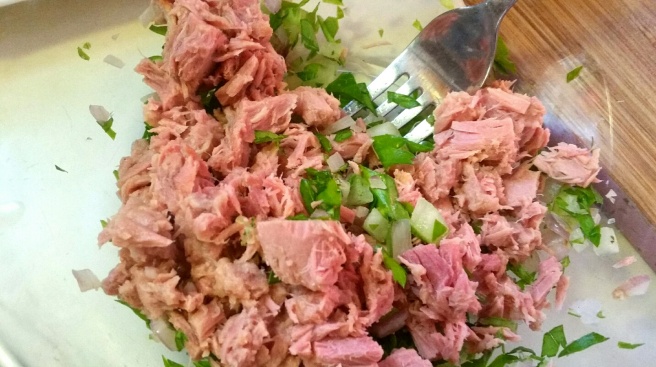 Add in the mayonnaise and mustard, and season with salt and pepper. 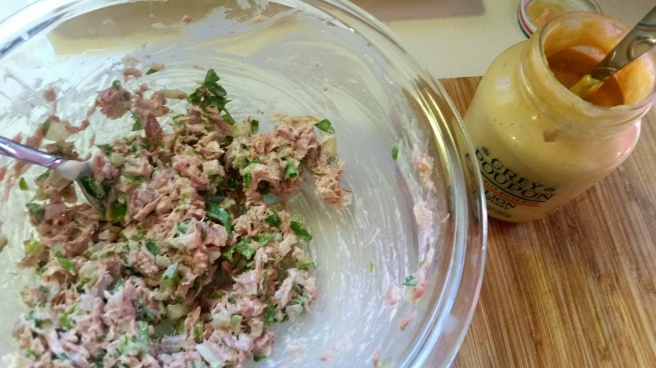 Fill each tomato half with the tuna mixture, and top with a slice of cheddar cheese.

Bake for 15 minutes, or until you see the cheese getting meltingly golden. 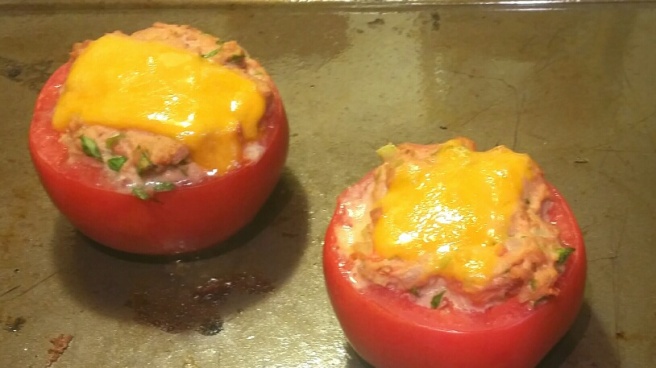 While the tomatoes are roasting, boil two trimmed and stemmed artichokes in salted, lemony water for 15 minutes. Drain and allow to steam for another 5-10 minutes. Melt some butter and lemon juice in a bowl, and season with salt. 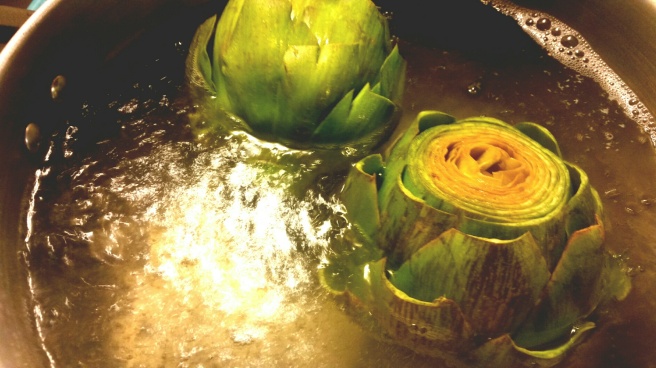 Serve the luscious, meltingly good stuffed tomatoes on a platter with an artichoke, and with a lovely glass of Chilean wine, and enjoy the visual poetry of this ode to good food. 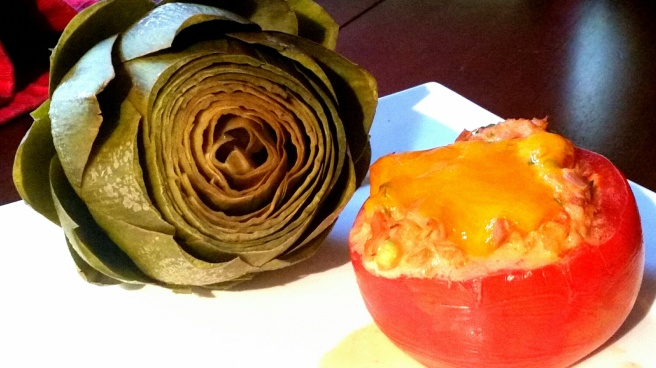 40 thoughts on “Ode to Tomatoes (A Poem) by Pablo Neruda”